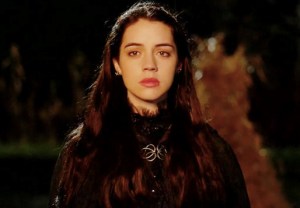 It’s a good thing Reign doesn’t return until Jan. 22, because we’re all going to need some time to process Mary’s heartbreaking decision on Thursday’s midseason finale.

“I believe that we should lead separate lives,” she told Francis at the bottom of the hour, after tracking down her rapists and burning them all alive. Realizing that revenge isn’t enough, that she’ll always blame Francis for what happened to her, Mary decided to be his wife “in name only.”

Francis was devastated at first (“I would do anything for you, Mary”), but his sadness soon turned to rage during a visit to his now-prisoner Narcisse: “From now on, you belong to me. You will do and say as I command. … You’re my puppet now.” Yes! 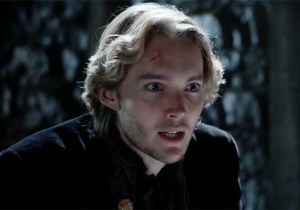 So, who might Mary choose as her first post-Francis suitor? I think we can all put our money on Condé, whose letter — explaining that he couldn’t marry Claude because he loved Mary — finally reached the queen’s inbox this week. Of course, now that his brother Antoine has arrived to pressure Condé into turning on the royals, any potential romance is doomed from the start. (Have fun with that!)

In other French Court relationship news…

GOODBYE FOR NOW | Is there a man alive more noble than Leith Bayard? If so, don’t tell me, I don’t think I could handle it. When Francis’ men threw Lord Castleroy into the dungeon this week, suspecting his connection to the attack on Mary, Leith cashed in his I.O.U. to free Greer’s husband. Nobler still, he urged them both to leave French Court and never return! Fortunately, Greer convinced Castleroy it would be best if he travelled alone, which means there’s still hope for Leith, Greer and their many long-suffering fans. 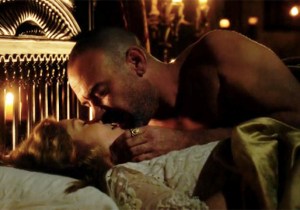 THE KING HAS RETURNED | Not since the first season of American Horror Story have I seen ghost-sex as hot as Henry — yes, that Henry — and Catherine’s this week. It was a little curious, though, that he needed her to say, “I want you back,” unless he was just an *NSYNC fan way ahead of his time. Either way, it felt very invitational, and that’s never good when dealing with a freaking spirit.

ROYAL MESS | Though I don’t suspect any true Reign fan would ever ship #Clash, it’s clear that Kenna is starting to worry about Claude’s interest in her husband. The princess approached Bash this week in a drunken, feverish stupor — thanks to a little something Catherine slipped into her soup — and practically fell all over him. Truly bad form. But while I don’t want to see anything bad happen to Bash, it would be nice to see something happen to him; he’s been way too much of a background player this season.

Your thoughts on Reign‘s game-changing midseason finale? Are you crushed over Mary and Francis’ split? And what’s up with the ghost sex? Drop a comment with your thoughts and theories below.