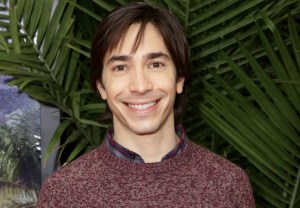 The New Girl and Mom actor will star in the network’s comedy pilot Irreversible, which previously featured the Friends alum in the lead role, our sister site Deadline reports.

The single-cam project — which didn’t get a series pickup for the 2014-2015 season — centers around Andy (played by Long) and Sarah, a somewhat eccentric, self-absorbed couple, and their trials and tribulations — most of which they bring upon themselves.

* Stephen Colbert won’t start his gig as the new host of CBS’ The Late Show until late August or early September, The LA Times reports. David Letterman’s last show will air May 20.

* ITV on Thursday released the first official trailer for Broadchurch‘s second season. The British series, on which Fox’s Gracepoint is based, will premiere in the United States on BBC America on Wednesday, Feb. 4.

* Camille de Pazzis (The Following, Last Resort) has joined Netflix’s Hemlock Grove as a series regular for Season 3, per Deadline. She will play a mysterious and kind, old soul masquerading in a young body who has close ties to the Godfrey family.

* ABC Family has ordered the docu-series My Transparent Life, from Ryan Seacrest Productions. The reality show follows a teenage boy who learns his parents are getting divorced and that his dad is becoming a woman.