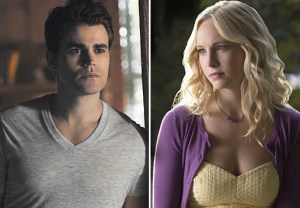 Major changes are afoot for The Vampire Diaries‘ leading players — including a fan-favorite couple — and it all begins on Thursday’s midseason finale (The CW, 8/7c).

The first big shift happens between Stefan and Caroline, who bond over an unfortunate bit of news.

“Their friendship has been through a lot this season, and [Stefan] decides that not only does Caroline need to learn something she doesn’t want to learn, but that he’s the one who should tell her the news,” executive producer Caroline Dries tells TVLine. “What we’ll come to see in the next few episodes is that their relationship will be shaped by this.”

But because miracles often emerge from tragedies, Dries adds that Stefan will “earn Caroline back as a friend and their relationship will become a little more dynamic and interesting and layered.” 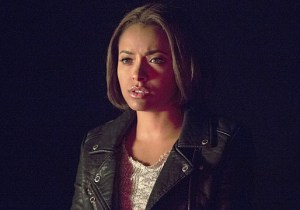 Also undergoing a major change over the next few episode is Bonnie, who Dries promises will “become more of a badass” in 2015, though she’ll have to endure a pretty blue Christmas first.

“Bonnie, who’s one of the strongest women on our show, will prove that she’s not going to be down in the dumps,” Dries explains. “She tries to make the best of things, and it will help shape her into the character she’s going to become starting in the 2015 episodes, where she’s going to harden a little bit.”

Weigh in, TVD fans: What bad news do you think Stefan has for Caroline? Is “badass” Bonnie a good thing? We’ll have more even more scoop Thursday morning, but for now, drop a comment with your thoughts below.