That’s the broadcast premiere date for K.C. Undercover, her new espionage-tinged comedy series, the actress/recording artist announced Wednesday — and TVLine’s got your first look at a fresh trailer, in which the titular teen-agent learns a lesson about texting while spying.

K.C. Undercover stars Zendaya, also a co-producer on the project, as K.C. Cooper, a high school math whiz and karate black-belt who learns that her parents (A Different World‘s Kadeem Hardison and The Client List‘s Tammy Townsend) are spies when they recruit her to join them in the secret government agency, The Organization. Though she now has the latest gadgets at her disposal, K.C. has a lot to learn about being a spy — including keeping her new gig a secret from her BFF Marisa (Veronica Dunne). 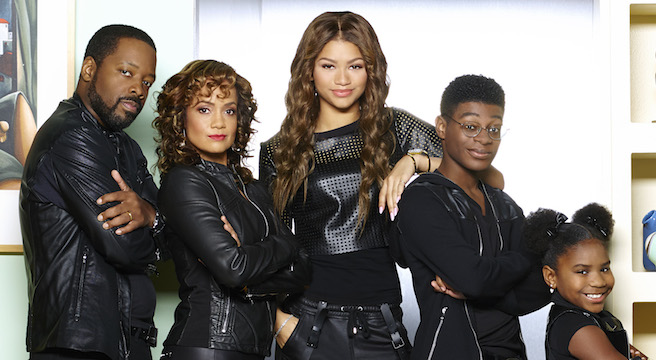 K.C.‘s premiere will be available ahead of broadcast on Jan. 1, via WATCH Disney Channel. An online game launches Jan. 5 at DisneyChannel.com, and the theme song, “Keep it Undercover” (performed by Zendaya), will be released Jan.13.