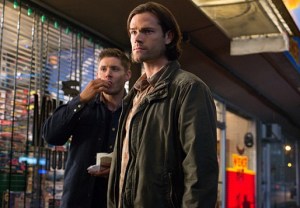 It was quite a family affair on Tuesday night’s fall finale of Supernatural as Castiel sought out his “daughter,” Crowley reunited with his mother and Dean shared some John Winchester memories.

Over the past 10 seasons, a lot of people have been glanced over as demons and angels took unsuspecting humans as their vessels. Often times, that possession led to the innocents’ demise. They were, essentially, causalities of war. And like those who died in battle, they left behind loved ones – children, mothers, fathers, spouses.

The midseason finale was a thoughtful look at the aftermath of what happens to those people, with Castiel seeking out his vessel’s daughter, Claire; he can’t stop thinking about the things he’s done. Dean urges him to forget about the ones he let down or couldn’t save, but just like the hunter, he can’t do that, so he springs a troubled Claire from her group home after a hilarious conversation with her supervisor about what he does for a living. (“I fight certain deadly threats to humanity,” he says, to which Claire interjects, “He’s an exterminator.”) Claire remarks that Cas has changed from the tool he used to be — he’s nicer and kind of a doof now. But as soon as he suggests they stick together, she hightails it, expertly picking his wallet, so the angel calls Dean and Sam for help.

“Some chick bolting on you is not an emergency. That’s every Friday night for Sam,” is Dean’s reply. Still, they assist him in tracking down the girl after Cas explains his sudden desire to help, which Dean identifies as “a midlife crisis.”

Now, it doesn’t take an expert to see that Dean is going through his own internal struggle, but it isn’t until Cas sees through his “I’m great!” act that the elder Winchester admits that the Mark of Cain is still affecting him. He makes his friend promise to take him out if he goes darkside. “I can’t be that thing again,” Dean solemnly declares.

The trio eventually track down Claire, who doesn’t understand why her father had to die for some so-called greater good, and you can’t really fault her. It’s a cruel twist of fate. Not being close to his own father, Cas is having a hard time grasping the bond. 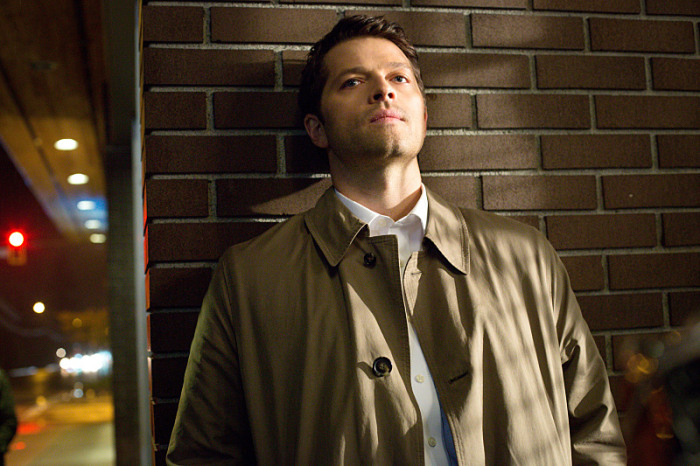 “Did you love your father?” he asks the brothers.

“With everything I had,” Dean answers before launching into an anecdote about John Winchester. (Seriously, the show needs to stop toying with my John Winchester feelings, or just bring him back already!)

Meanwhile, Claire’s gone back to her friend’s foster father, who is using her to steal for him in order to pay back his loan shark. But in her mind, he’s family because an imperfect father is better than no father? Yeah, I think she might be rethinking that when he basically sells her to the loan sharks.

Cas and the Winchesters get there in time to save her, but one of the thugs hits Dean over the head, triggering his nasty side. When Sam and the others come back for him, a bloody Dean is kneeling amongst a bunch of dead bodies.

“Tell me you had to do this,” Sam pleads. Dean’s answer – “I did. I didn’t mean to” – is a bit confusing. “No. Tell me it was them or you!” As Cas surveys the violent scene, one wonders if he’ll make good on his promise come Jan. 20 when the show returns. 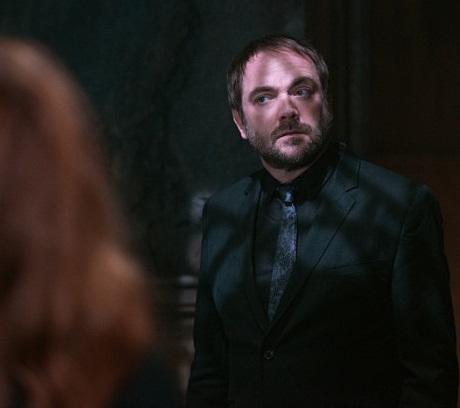 “I’ll always be your mother, and I’ll always love you,” she offers before manipulating him into a reconciliation by telling him his righthand man has been smuggling souls up from hell.

Supernatural fans, what did you think of the bloody cliffhanger? Do you feel for Claire and hope she stays with Cas? And does the angel have what it takes to take out Dean? 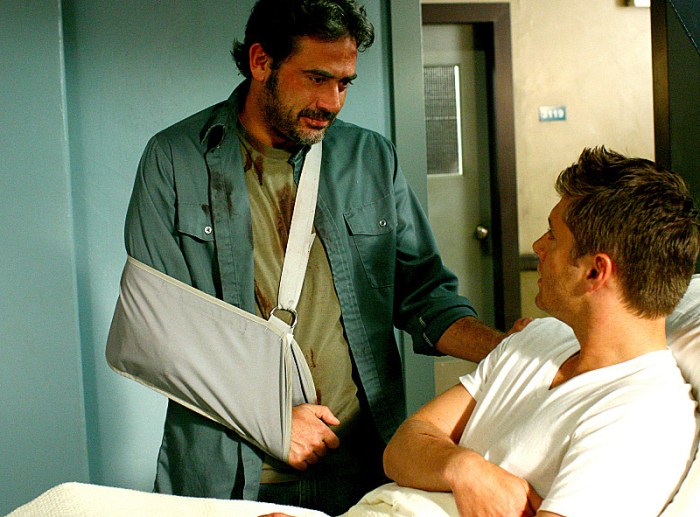