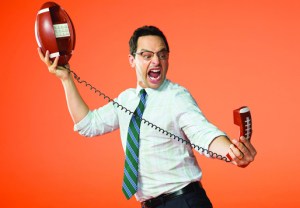 The final battle for the Shiva is nigh.

FXX on Monday announced that The League will return for a seventh and final season in early 2015, giving the long-running fantasy sports comedy a chance to go out in style.

Originally an FX series, The League stars Mark Duplass, Stephen Rannazzisi, Nick Kroll, Paul Scheer, Jon Lajoie and Katie Asleton as a group of friends who constantly find themselves at odds over their fantasy football standings.

Will you miss The League? What are you hoping to see in its final season? Drop a comment with your thoughts below.