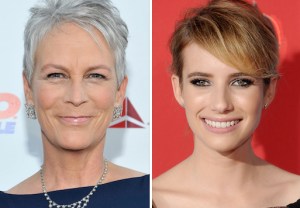 Emma Roberts, who counts American Horror Story as well as Scream 4 among her chiller-thriller cred, also has boarded the series, which is set for a Fall 2015 premiere.

The first, 15-episode installment of Scream Queens revolves around a college campus which is rocked by a series of murders. Details on either actress’ character have not yet been made available.