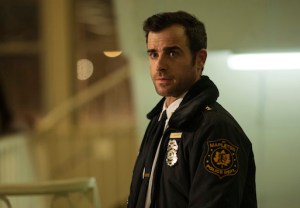 The drama, which takes place after a Rapture-like event, is shedding a number of its series regulars in advance of the second season, our sister site Deadline reports.

Other Season 1 regulars — including Michael Gaston, Annie Q., Max and Charlie Carver, Amanda Warren and Emily Meade — may appear as guest stars in the upcoming episodes.

The cast changes stem from the series’ decision to move the action from the fictional town of Mapleton, N.Y., to another location in Season 2. The drama, which is based on Tom Perotta’s 2011 novel, exhausted most of its source material in the first season.