Oh yes, you know Ty-Ty had to cross-promotionally synergize the bejeezus out of the two-hour installment. First, she brought back the season’s nine eliminated hopefuls, then had the four remaining finalists choose “teams” and shoot spots for various products in her new “Tyra” makeup line. (#IsThatARealThing?)

We didn’t immediately get to see the finished product, and instead jumped right ahead to a Guess? fashion shoot photographed by creative director Yu Tsai that seemed designed to bring out Lenox’s “but I don’t do sexy!” insecurities. Naturally, Tyra was hiding backstage with judges Miss J and Kelly Cutrone, picking “best shots” in real time, and when Lenox’s baffling black-and-white profile image — complete with disappearing chin — popped onto the screen, you knew she was Wonder-Bread-in-the-Broiler toast.

Adam, meanwhile, grabbed “Best Photo” for the second time in a row — thanks to a striking black-and-white image that would’ve stood out (in a good way) in any fashion mag — and suddenly, the Guy Formerly Known as “Alcohol Breath” looked like a potential threat to perceived front-runners Will and Keith.

A final one-two punch of Nylon magazine photo shoot and Lie Sang Bong runway show provided the final piece of the puzzle, and as much as I felt Will’s body of work over the entire season made him a shoo-in, his stiff movement and the “12 hours of Black Friday shopping” glaze in his eyes opened the door for an upset. (And anyway, if body of work was the deciding factor, where was Raelia in the Top 4?) As Tyra noted, Keith mugged just a little at the end of the catwalk — but never actually threatened the audience with a slop bucket of melted Kraft American Singles the way Adam did on his second pass. (Did he maybe have a martini in between his first and second turns on the catwalk?)

In a righteous turn of events, Adam placed third — an admirable rally for a frat bro/grad-school dropout who never had the benefit of getting edited to look like a champ.

And while Will’s more inviting energy and sweet smile made his Tyra cosmetics ad the clear choice over Keith’s stony-faced sexuality, it was painfully evident based on the carefully edited “overall body of work” review that the former football player would eke out the title over the tall gay glass of water.

What did you think of the ANTM Cycle 21 finale? Grade it in our poll below, vote for who you think should have won, then hit the comments with your thoughts! 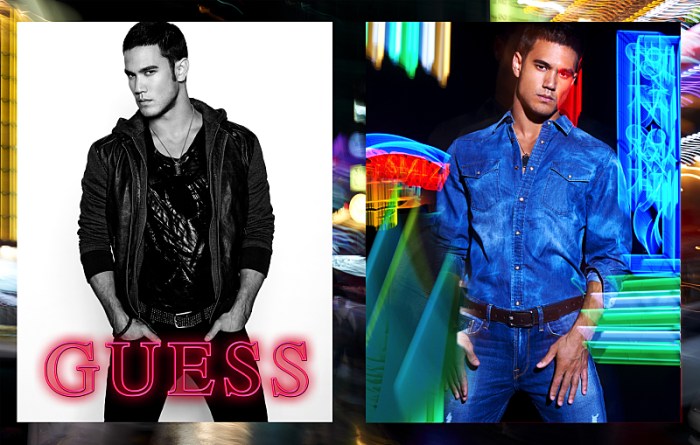