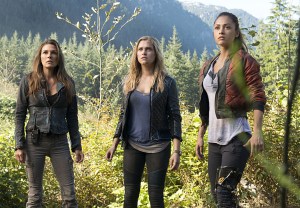 The 100 emerges from its tryptophan-induced hiatus Wednesday (The CW, 9/8c) with what executive producer Jason Rothenberg calls three “ridiculously tense” new episodes. You know, for a change.

Below, TVLine squeezes tons of year-ending scoop from Rothenberg about Jaha and Kane’s confrontation (“Two men enter, one man leaves”); Finn’s dark shift (“It definitely wasn’t a momentary thing”); Lincoln’s dilemma (“He’s being turned into a Reaper”); and more developments in The 100‘s rapidly expanding universe.

TVLINE | This season is so much more complicated than the first. Is it ever difficult juggling so many storylines now?
It’s fun, as a storyteller, to be able to play in this huge sandbox. I feel like people are getting it that we’re doing something a little different. We’re trying to tell an epic story, which Game of Thrones does brilliantly, where you’re cutting between multiple stories all the time. We also have shorter run, which we know going in, so we can construct the story without needing to fill the season with wasted episodes just to tread water. We get to tell stories really fast, and that’s how I like to do it. 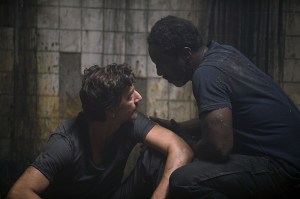 TVLINE | I’m still on a high from Jaha and Kane reuniting in that cell. What comes next?
It’s a subway station that’s been converted into a prison by … oh man, I don’t even want to give it away. [Jaha and Kane] have an incredible story in Episode 6, where we get to meet a very important player going forward. There’s a little battle of wits; it becomes a ‘two men enter, one man leaves’ kind of story.

TVLINE | I know this show is always about survival, but now that Clarke and Finn have reunited, what kind of romantic drama can we expect? Any tension with Bellamy?

You’re right that this is more of a survival-focused story, but she genuinely loves Finn. That, to me, was her story with him, and it still is. I get that people have responded to [Bellamy and Clarke] and a lot of people are pulling for them to be together … but I think that anytime you have characters who are antagonistic towards each other, which those two were, people respond to it for some reason. I don’t really look at their situation as a love triangle. There was genuine relief and joy when Bellamy and Clarke came together in Episode 5, but it was the same thing she felt for Octavia and Raven. Going forward, Clarke’s going to have deal with the boy she loves having just done this horrible thing right in front of her — and for her, essentially. It really throws a huge monkey wrench in her plan to unite the Grounders with the Sky People. 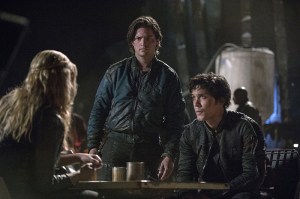 TVLINE | So Finn’s actions will damage his relationship with Clarke?
Well, the massacre is yet another thing to worry about and to blame Finn for. Can she get over that? We’ll see. I think she can, and that she’ll be able to put it in its proper place, which is that he thought he was saving her. There’s a version of Finn’s story that ends with him being the hero, if he was right and she was really there. In the moment, he thought he was dealing with the people who murdered his friends and the girl he loves. That contributed to him snapping in that moment.

TVLINE | Is this the beginning of a dark path for Finn?
It’s probably the darkest he’ll get. It definitely wasn’t a momentary thing, though. He’s been on this singular quest all season; he killed the Grounder in the bunker in Episode 3 in cold blood, he didn’t want to rescue the girl on the cliff in Episode 4 — he’s been driven towards this moment all season long, really. Everything he’s done so far has been in the name of saving his friends and Clarke, and now he has to realize, “What have I done? These people had nothing to do with this, and I killed them.” He’s not going to go more ballistic because he’s not stupid, though he might try to rationalize it. 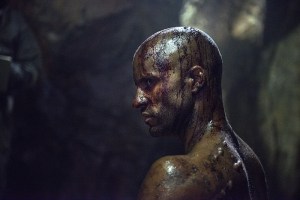 TVLINE | I’m also pretty worried about Lincoln. Is that stuff they’re pumping into him reversible?
I won’t say whether it’s reversible, but I will say he’s being turned into a Reaper. The Reapers are the guardians created by Mount Weather to protect them and to reap Grounders for their blood transfusion room called the Harvest Chamber, which keeps them alive. So that’s where Lincoln’s going to find himself now, which is pretty crazy.

TVLINE | According to The CW, Octavia is about to encounter “her worst nightmare.” Might that have something to do with Lincoln?
I think the trailer gave that moment away, personally, when she sees him and screams, but what happens over the next two or three episodes with the Lincoln/Octavia storyline is pretty cool. Episode 7, in particular, is just ridiculously intense.

So, 100 fans, what do you hope to see in the final three episode of 2014? Which “survivor” will be killed off next? And how do you feel about the possibly nonexistent Clarke-Finn-Bellamy triangle? Drop a comment with your thoughts below.