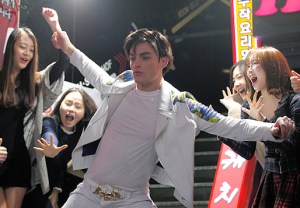 We’ve got questions, and you’ve (maybe) got answers! With another week of TV gone by, we’re lobbing queries left and right about shows including Supernatural, Marry Me, Red Band Society and Criminal Minds!

1 | If Will doesn’t win America’s Next Top Model, will you join our protest?

2 | We’re all for drumming up election campaign drama, but would The Good Wife have us believe that Grace — regardless of intent/context — would disseminate such a potentially inflammatory note written by her mom? And since we didn’t see his final response, do you think Cary may have taken Bishop up on his offer?

3 | On Madam Secretary, did the fact that Tim Daly’s son, Sam, looks so much like his dad distract you during his guest-starring stint? 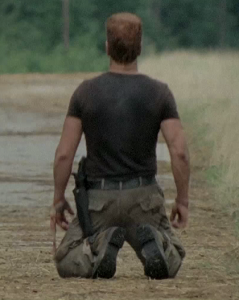 4 | In spite of how pouty-pants The Walking Dead‘s Abraham was after learning that Eugene couldn’t cure zombiism, wouldn’t the ginger hulk have developed awful leg cramps if he’d really sulked on his knees for almost a whole episode?

5 | On a scale of 1 to Orange Is the New Black, how bothersome is The Affair‘s opening credits theme?

6 | Who’s watching our new guilty pleasure, E!’s House of DVF? No way the girls actually planned that whole lunch by themselves, right?

7 | Now that Luke Mitchell is a free agent again, what do we have to do to get him on The Flash or The Originals? Speaking of the latter show…

8 | Did The Originals‘ baby Hope inherit all of daddy’s looks and none of mommy’s? (She resembles auntie Bex more than Hayley!) 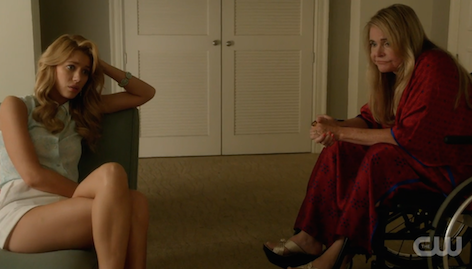 9 | Um… Jane the Virgin spinoff, anyone? And is it completely normal (or deeply deranged) that we’ve developed a strong backstory for — and a significant crush on — the ER doctor who appeared briefly in the pilot to break the big pregnancy news, but whose stubbly adorableness keeps drawing us in during the weekly “previously on” interludes?

10 | After her performances on the AMAs and The Voice, are you suspecting there’s a sound mixer out there with a grudge against Taylor Swift?

12 | Which Gotham show-within-a-show would you watch the hell out of:  The Misadventures of Young Batman and Catwoman, or Good Cop, Bad Cop Starring Alfred and Harvey? 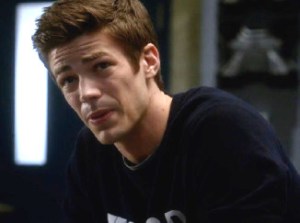 13 | How did The Flash pay his Uber driver? Does he carry his phone and/or wallet in his costume? Finally, wouldn’t Gideon and The Tomorrow People‘s TIM make the cutest AI babies?

14 | Couldn’t this week’s NCIS bad guys have simply stabbed the real air marshal and taken his gun? (Why go to the trouble of enlisting a lookalike/As the World Turns‘ Henry?) And are you glad or mad they didn’t show Gibbs making “one” snow angel? 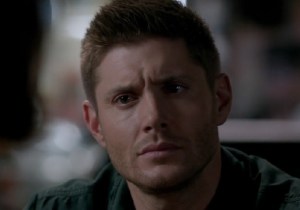 Supernatural‘s Dean need a dating app to get laid?

16 | Chicago Fire‘s Cruz and Brett: Yea or nay? And are we to assume Kelly and Brittany are going to get divorced? Couldn’t they make it work? (We kind of love them together.)

17 | On Marry Me, wasn’t Annie and Gil’s performance of “Memory” surprisingly moving?

18 | Is Red Band Society‘s Brittany naive for thinking she and Dr. McAndrew were a thing now, or is she awesome for punching him in the eye?

19 | Criminal Minds fans, can we agree that it is highly unwise to A) confront your wife about being a serial killer before calling the cops, and then B) turn your back on her after C) announcing that you are now going to call the cops? 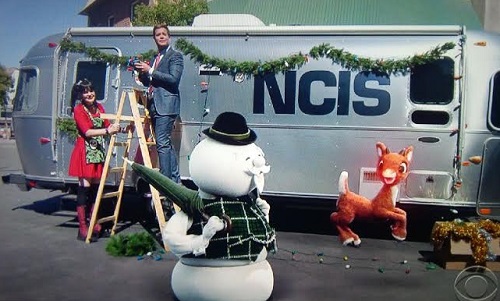 20 | Is there anything cuter on TV right now than the Rankin/Bass Rudolph interacting with actors from NCIS, Big Bang and other shows on the CBS lot?

21 | Did Savannah Guthrie really thank McDonalds for its “dedication to the overall well-being of children” during NBC’s telecast of the Macy’s Thanksgiving Day Parade?

22 | On A Charlie Brown Thanksgiving, why does Chuck ID himself on the phone to his grandmother by both first and last name? And while, yes, CB is basically bald, can we agree that Linus’ hair is no great shakes either? 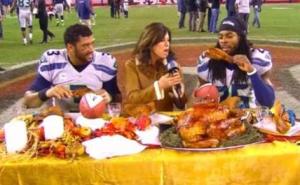