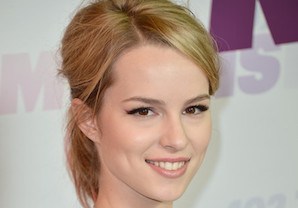 We find this hard to believe, but actress-singer-Disney Channel staple Bridgit Mendler is officially Undateable.

Mendler will play a confident and undefeatably optimistic new waitress at the bar. She manages to stand tall even when Detroit knocks her down.

The Bill Lawrence-produced sitcom is slated to return in Summer 2015.