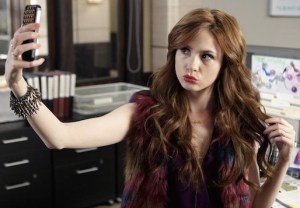 With a little bit of luck, Selfie fans now will be able to watch the rest of the cancelled comedy’s episodes.

Series creator Emily Kapnek revealed on Twitter that the first of the series’ six unaired episodes will be made available on Hulu this Tuesday — the same day that it (too briefly) aired on ABC — with a new episode to follow each week.

ABC pulled Selfie from its schedule earlier this month, after a double-pump of its sixth and seventh episodes averaged 3.5 million viewers and a 0.9 demo rating. The cancellation came two weeks after ABC snuffed Selfie‘s lead-out, Manhattan Love Story (aka this fall’s first casualty), after just four airings.