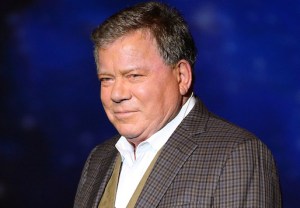 William Shatner will seemingly throw the Prime Directive out the window when he sets foot in Haven later this season.

The iconic Star Trek captain recently teased on Twitter his gig on the Syfy series. Now, TVLine can exclusively reveal that Shatner will recur in a four-episode Season 5 arc in “a seminal role,” as a pivotal character that has the potential to forever impact the fate of the town of Haven and its Troubled residents.

Syfy’s Haven airs Fridays at 7/6c. In tonight’s episode, Duke’s rolling Troubles and a new threat to Audrey force them each to seek the help of potentially dangerous allies. On Nov. 28, divided loyalties put Haven’s heroes at odds with one another. Then in the Dec. 5 midseason finale, Mara’s endgame is finally revealed, forcing Audrey and Nathan to enact a plan to stop her once and for all.

RELATED 2001: A Space Odyssey Sequel Blasts Off at Syfy

Also a veteran of such series as T.J. Hooker and Boston Legal, Shatner’s more recent TV credits include episodes of Hot in Cleveland, Rookie Blue and Psych.

Set your brains on “Speculate” and share your theories on Shatner’s “pivotal, seminal” role.