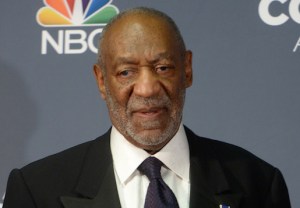 Sources confirm for TVLine that NBC has halted development of a new comedy to be headlined by Bill Cosby, in the wake of ongoing and new allegations of sexual assault levied against the veteran entertainer.

Former supermodel Janice Dickinson is the latest woman to come forward with allegations of sexual assault, her own encounter dating back 32 years. (Dickinson told Entertainment Tonight that an attempt to chronicle the assault in her 2002 memoir was stifled by Cosby’s lawyers.)

At least four other women have made similar accusations against Cosby, with one filing a lawsuit that was settled out of court in 2004.

Executive-produced by The Cosby Show‘s Tom Werner and previously eyed for a Summer or Fall 2015 launch, NBC’s new comedy was to star Cosby as Jonathan Franklin, the patriarch of a multigenerational family who imparts his decades of wit, wisdom and experience on his children and grandchildren.

NBC’s decision comes on the heels of Netflix announcing that it is “postponing the launch of the new stand-up comedy special Bill Cosby 77,” which was to commemorate the entertainer’s 77th birthday and be released Nov. 28.