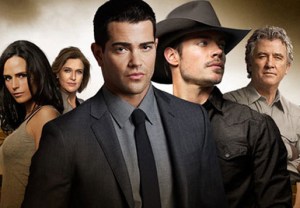 Like many an oil well, the #SaveDallas campaign has sadly run dry.

In a message to fans posted to DallasDecoder.com, Cynthia Cidre and Michael M. Robin — executive producers on TNT’s recently cancelled revival of the classic CBS sudser — reported that “Herculean” attempts to find the show a new home on another network or outlet came up empty, and thus have ended.

“[Production studio] Warner Horizon has attempted, in a Herculean way, to try and find us a new home, but at the end of the day it did not work out,” the duo’s statement reads.

Cidre and Robin then go on to commend the #SaveDallas effort, saying: “We so appreciate the outpouring of support by all of you, and the #SaveDallas campaign was a truly remarkable undertaking. We cannot fully express how much we loved making this show for you and with you.”

In the wake of waning ratings,  TNT pulled the plug on Dallas in early October, two weeks after it aired its Season 3 finale.