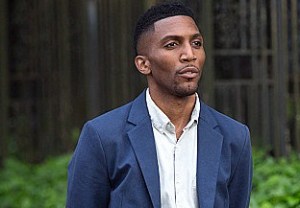 One resurrected member of the Original family definitely will, stick around.

The CW series has promoted Yusuf Gatewood, who plays Mikaelson brother Finn (in the body of Vincent), to series regular for Season 2, EW.com reports.

We’re guessing those shackles from last night’s episode don’t stay on for long, then?

* Hulu has given a straight-to-series order to Difficult People, a half-hour comedy from executive producer Amy Poehler (Parks and Recreation) and the team behind Billy on the Street, Billy Eichner and Julie Klausner, who star as best friends living in New York City. In the series, their typical, irreverent behavior lands them in some very awkward situations.

* FX has ordered a new historical drama called Taboo from Ridley Scott (Alien, The Good Wife), Steven Knight (The Hundred-Foot Journey) and Tom Hardy (The Dark Knight Rises). In it, Hardy will play a rogue adventurer who seeks to avenge his father’s death at the same time that he attempts to build his own trade-and-shipping empire. The series is tentatively slated to premiere in 2016.

* Nickelodeon has renewed Henry Danger and Nicky, Ricky, Dicky & Dawn for Season 2. Additionally, the network greenlit two live-action comedic pilots: the beach club-set The Dunes Club, about a privileged boy and a street-smart local girl, and Future Shock, in which two brothers get transported to the year 2070.