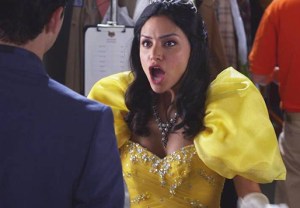 Happyland didn’t quite live up to its name during Tuesday’s finale, as a freak storm ripped through the theme park, exposing the season’s most twisted secret yet — and leaving two key employees appropriately speechless.

Below, Happyland creator Ben Epstein gives TVLine the inside scoop on Ian and Lucy’s reunion, how Will and Harper can hope to recover from the betrayal, and what’s next for the first family of Happyland — should the MTV drama be renewed for a second season.

TVLINE | Not gonna lie, I wish I’d gotten to see Will and Harper confront Ian and Lucy. Was this always the ending you planned for?
To be honest, we went back and forth about whether to include Will and Harper coming in at all. We originally thought it might be better to end with the anticipation of them coming up the stairs, letting Lucy and Ian have a straight-up romantic moment, as opposed to an “Oh, s—t! What’s going to happen next?” moment. We ultimately decided to end it this way because it felt more exciting, which ties into the theme of the show: You can’t have happiness without consequences, and there’s always something undermining the fairytale nature of the place they’re living in.

TVLINE | Will and Harper acknowledging that they both know Ian and Lucy’s secret added a whole extra layer of weirdness.
Exactly. That was a fun moment because we were very careful about who found out the big secret along the way. Finally, at the end of the season, basically everyone knows, and it’s going to pretty irrelevant to most of the characters very soon. So we figured we might as well make one last joke about it. 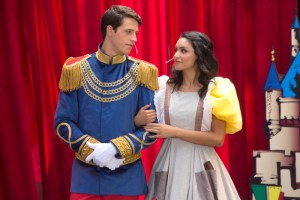 TVLINE | Ian and Lucy still had chemistry, even when they thought they were related. Was that a hard line for you guys to walk?
Yeah, there always had to be a balance. We didn’t want to imply there wasn’t a connection between them, but we also didn’t want to overly sexualize their connection; this isn’t a show where either of them are jonesing to hook up with their sibling. What we were trying to chart over the course of the season was the different ways you can care about someone you have a connection with. Eventually, they started to connect as friends — and almost as siblings — before this bomb about Ian’s real paternity went off.

TVLINE | This was a pretty intense betrayal. Can this foursome ever move past it?
Everyone will have to recover in their own way. It’ll give us an opportunity to see sides of these characters we’ve never seen before. Will has been frustrated with Lucy in the past, but she’s never betrayed him like this. It’ll be interesting to see how Lucy reacts to having hurt him in front of everybody else.

TVLINE | One thing I did like in the finale was seeing James so willing to accept Lucy as his daughter.
We had a “no villains” policy in the writers room, which sounds strange for a soap, because you do want to have people who are scheming and conniving. Theodore’s the closest thing we have to that, but he’s really just trying to protect his family, so I don’t see him as a bad guy. James wanting to be a part of Lucy’s life sets up a very different status quo for Lucy heading into Season 2. 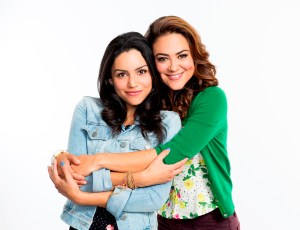 TVLINE | And what about James and Elena? Can you ever envision a future in which they’re together publicly?
That’s a great question, one that would be wonderful to explore in Season 2. That’s the question this finale asks when Elena says, “What happens now?” James’ wife is back, we know she’s also been screwing around as well, and now he has a daughter. Also, the truth about Ian not being a Chandler is coming out at a horrible time for this guy who’s trying to re-establish himself as the head of this company.

TVLINE | And just to be clear: Ian was the last Chandler to know about this?
Yes. Of the immediate Chandlers, he’s the only one who didn’t know. Theodore put the pieces together and has known for a while. He’s a smart guy; no one ever told him that Lucy is James’ daughter, but Theodore figured it out by the way they were acting. So yes, Ian was absolutely the last to know, which is why he was so despondent in that scene with Lucy when he said he was planning to leave Happyland.

Your thoughts on Happyland‘s season finale? Grade the episode below, then drop a comment with your reactions and hopes for the future. 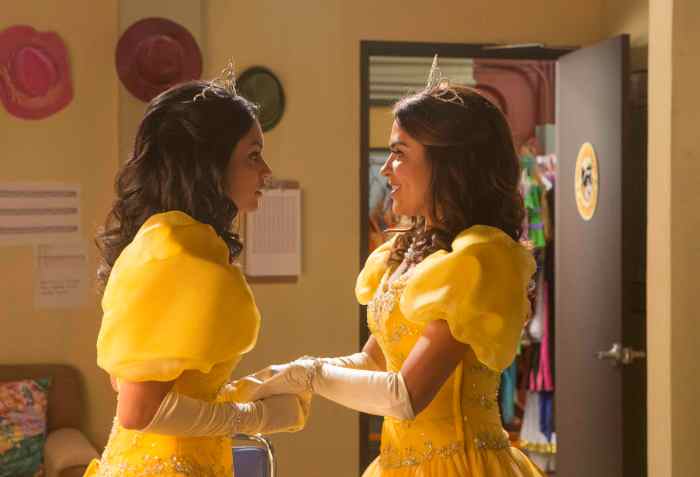