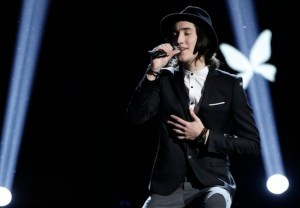 In life, as on The Voice, the accomplishment-to-praise threshhold is not always a balanced one.

Your three-year-old makes a wee-wee on the potty, and you treat him like he’s earned the Nobel Prize in toilet-training. You make it to the gym on a Monday morning (after failing to go even once the week prior), and you’re suddenly Rocky atop the steps of the Philadelphia Museum of Art. It doesn’t matter that you had to crawl the last 10 feet to ascend the peak, you’re the heavyweight champ of your own feel-good movie.

NBC’s singing competition takes similar liberties when it comes to coaches’ feedback for their fledgling artists. As viewers, we’ve learned to separate the “E for Effort” from the “Holy crap, that might crack the Top 10 on iTunes,” even if to the untrained ear, the critiques all sound uniformly awestruck.

If you’re new to the game, here are a few helpful tips to spot a bad performance: Once in a blue moon, Adam Levine will actually offer a critical adjective or two — and it is always followed by something like “I’m not being negative”/”I don’t know what I’m talking about”/”I suck.” The man’s “spirit furniture” is not a rotating red chair, but rather, a couch (since couching’s what he does best).

Gwen Stefani, for her part, will talk about clothes, hair or shoes. Blake Shelton will praise song choice or stage presence — while shrewdly avoiding the subjects of pitch, phrasing and breath control. Pharrell Williams will not stand up, nod his head or mouth some variation on “wow” to his fellow panelists. And that’s about as mean as it gets.

All of those “tells” were on full display tonight. And so, if even the coaches are in agreement that not everyone deserves a gold star, let me offer my own letter grades for the Top 12’s performances :

TEAM PHARRELL: Sugar Joans — “Take Me to the River” by Al Green — Grade: C+ | That crafty Adam! Sometimes I swear he says the exact opposite of what he’s thinking, just to plant the negative idea on the flipside into viewers’ minds. Take tonight, when he told Sugar she’d shown vastly improved dymanics — when, in fact, last week’s “Say a Little Prayer” was vastly superior in terms of ebb and flow. “Take Me to the River,” on the other hand, was all boom-boom-bombast (combined with uncomfortable visual of the songbird navigating steep steps in even steeper heels). I can’t pretend Sugar doesn’t have a strong grasp of pitch and a distinctive, airy tone, but this performance was almost as scream-y as the Victim of the Week on Stalker.

TEAM GWEN: Ryan Sill — “Ordinary World” by Duran Duran — Grade: D+ | How do we even look the Season 7 coaches in the eyes in the wake of their blatant lies to Ryan? I mean, the entire second half of his Duran Duran cover sounded — and from his weirdly crouched position, looked — like he was in the midst of passing a kidney stone. If he’s not the first man overboard on the Season 7 ship, then I’m going to start questioning everything about this show: The permanency of Adam’s tattoos, the contents of Blake’s cup, the microchip in Carson Daly’s neck that allows him to introduce every act with as if they were space shuttles — 10 seconds from liftoff. (I kid! I kid!)

TEAM BLAKE: Jessie Pitts — “Don’t You Worry Child” by Swedish House Mafia — Grade: B- | The opening third of Jessie’s performance — a lilting, slightly haunted twist on a driving EDM jam — was actually quite effective at breathing new life into the lyrics. Once the kid got up from her piano and tried to catch a groove, though, she struggled with both intonation and emotional connectedness — falling flat in both regards. Blake’s comparisons of Jessie to his wife Miranda Lambert (and her work ethic) will probably be enough to buy her another week — at which point she needs to choose a dark and emotional track that’ll accentuate the contrasts in her baby-doll tone.

TEAM ADAM: Damien — “He Ain’t Heavy He’s My Brother” by The Hollies — Grade: C | Damien’s tough to critique. He’s got a range bigger than Pharrell’s Grammys hat, but his approach to vocal interpretation seems based more on a youth spent watching Star Search than on truly connecting to his lyrics. Putting it another way, Damien’s excessive runs and overly earnest interpretation made me feel like Steven King’s Carrie — except for instead of getting sprayed with pig’s blood, I was experiencing wave after wave of melted cheese crashing into my noggin.

TEAM PHARRELL: DaNica Shirey — “Creep” by Radiohead — Grade: B | I’ll admit it: DaNica’s performance was a triumph of interesting over evocative, an instance where I was more impressed by the sweep of the vocals and audacity of the arrangement (Radiohead by way of Al Green, as Pharrell put it) than the overall emotional experience. But there’s no doubt she has a gorgeous, versatile voice — one that deserves a week or two to figure out which lane will help get it from obscurity to possible record deal. And yes, despite wincing at Gwen’s “you don’t look like a mom from duh-duh-duh” — seriously, Stefani? — it’s true that her nifty white dress with the black leather “zipper cross” made her look more youthful and vibrant than at any prior point in the competition.

TEAM GWEN: Taylor John Williams — “If” by Bread — Grade: C- | I may be a little biased by my ambivalence about “If” — a thick slice of hokum with a melody that sounds borrowed from a Captain and Tennille album cut — but Taylor’s rushed phrasing and intermittent struggles with staying in tune did him about as many favors as the absurd “paper butterflies” montage behind him. Add to those woes a voice as common as industrial paper towels in a restaurant bathroom, and he’s definitely wormed his place into my Top 3 “Season 7 Voice Contestants Whose Appeal Escapes Me” list.

TEAM BLAKE: Reagan James — “It Ain’t Over ‘Til It’s Over” by Lenny Kravitz — Grade: B+ | Reagan got a little gaspy about halfway through the number — although not as severely as Adam tried to make it seem — but the way she reimagined Lenny Kravitz’s rock-with-a-side-of-’70s ditty as a modern R&B jam was perhaps the most unexpexted moment of the night. I can’t shake the feeling that if The Voice is ever going to crown a serious pop-chart contender, Reagan might be one of its only true hopes.

TEAM PHARRELL: Luke Wade — “Thinking Out Loud” by Ed Sheeran — Grade: B- | Poor Luke botched the timing of his opening line, and while he recovered nicely with some powerful ad-libs toward the end, his facial expression was one of utter defeat through much of the performance (and especially the judges’ kind-and-concerned feedback). I’m not sure Gwen was right when she said the crowed loves when screw-ups happen (not when I’ve paid a small fortune for your concert tickets, mmmkay?!) but this audience member isn’t holding it against him, either.

TEAM ADAM: Matt McAndrew — “Take Me to Church” by Hozier — Grade: B | The peril of covering a very recent smash is that you either need to switch it up from the original arrangement or improve on the original vocal — or else be doomed to karaoke comparisons. So, while Matt did his best to bring the “passion” to life — dropping to his all fours to end the song with an extra dose of theatrics, practically screaming the final chorus — his version still felt like a decent but slightly fuzzy carbon copy of Hozier’s original. An even bigger problem? Matt’s phrasing (and the bizarre staircase graphic behind him) failed to capture the dark, sexual undercurrent that Hozier brings to his hook-laden anthem. I’m sure the judges’/audience’s zealous reception will guarantee him a Top 10 slot, but he’s going to have to strive for greater originality if he wants to win the whole enchilada.

TEAM BLAKE: Craig Wayne Boyd — “You Look So Good in Love” by George Strait — Grade: A- | Like Matt, Craig didn’t reinvent the wheel his coach gave to him — but it’s not as necessary when you’re covering a 1983 country ditty half your audience as probably never heard. Most importantly, though, Craig made palpable the ache and the sense of loss of seeing his ex finding happiness with another man. That willingness to be vulnerable — and that ability to get his audience lost in his lyrics, could spell another Team Blake win if his foes aren’t careful.

TEAM ADAM: Chris Jamison — “Jealous” by Nick Jonas — Grade: A- | Did I realize I actually liked a Nick Jonas song before today? Honestly, no. But I’m glad Chris covered it with just the right degree of slinkiness — and perfectly timed falsetto — so, that I can head to iTunes and download his Voice version. Yes, Chris may have needed his Adam’s “Save” last week — but if Adam keeps fashioning the kid as a Justin Timberlake-Brandon Flowers hybrid, he and half-goofy/half-sexy dance moves might last all the way to eggnog season.

TEAM GWEN: Anita Antoinette — “Redemption Song” by Bob Marley — Grade: B+ | Q: Is there anything more distracting than when a Voice contestant begins his or her performance out in the middle of the moving-out-of-time-all-the-time Swaybot pit? A: No, there is not. But Anita held her own in said precarious situation, taking her time with every word of the Jamaican anthem — and almost (though not quite) temporarily erasing Tessanne Chin’s cover from Season 5.

What did you think of Top 12 performance night? Who were your faves? Who’s at risk? Take our poll below, then sound off in the comments!