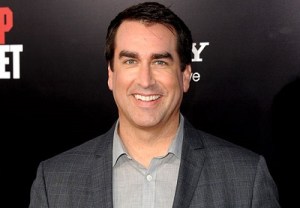 The ubiquitous Rob Riggle is planting his flag at Fox.

The actor — who has appeared on The League, Bad Judge, Modern Family and New Girl, to name a few — will star in a single-camera comedy pilot for the network, our sister site Deadline reports.

The project, which is based on the Austrian comedy series Braunschlag, follows the quirky inhabitants of a small, struggling town whose mayor (played by Riggle) is prepared to do anything to save his community.