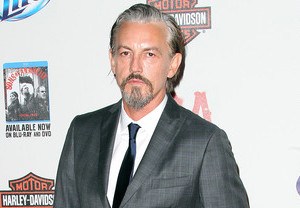 Sons of Anarchy‘s Tommy Flanagan has Revenge on the brain.

The actor — whose seven-year run on FX’s biker smash concludes next month — is segueing to ABC’s Sunday-night drama in a major recurring role, TVLine has learned exclusively.

Flanagan will play the powerful and dangerous Malcolm Black, a high-functioning psychopath with a long memory for those who have crossed him. Self-made, cold and calculating, he is relentless when it comes to protecting both his family and his fortune.

Thoughts on Revenge‘s latest casting coup? Theories as to how Malcolm fits into the show’s mythology? Hit the comments!