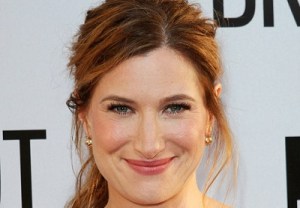 The actress (Transparent, Parks and Recreation) will star opposite the British thesp in Showtime’s half-hour pilot, the network announced Thursday.

The project — which went from series order back to the pilot stage after its original leading man, Philip Seymour Hoffman, passed away — is a described as “a comedic, soul-searching examination of our pursuit of happiness, a pursuit that might just be the very thing causing our unhappiness in the first place.”

Hahn will portray Lee, wife of Coogan’s Thom Payne and mother to their 6-year-old son. She believes that people are good and the world can be a better place, which is probably why she is so pissed off: Because we aren’t, and it can’t. Thom and Lee love each other, but both loathe themselves.

* Netflix will debut Season 2 of BBC Two’s The Fall, starring Gillian Anderson (Hannibal) and Jamie Dornan (Once Upon a Time), stateside on Jan. 16 at 12:01 am PT.