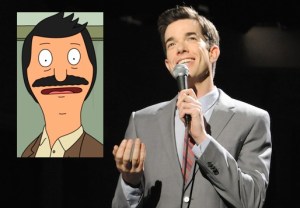 In the wake of waning ratings for the poorly received Seinfeld-lite sitcom, the network has announced that Mulaney will now air Sundays at 7:30/8:30, occupying Bob’s Burgers‘ time slot — and as such, given football scheduling, won’t return until Nov. 23.

The Emmy-winning Bob’s Burgers meanwhile will christen its new Sundays-at-9:30 home starting this weekend, leading out of a fresh, Thanksgiving-themed episode of Family Guy.

Mulaney premiered in September to 2.3 million total viewers, a 1.0 rating and an average grade of “C-“ from TVLine readers, and has not seen its menial numbers uptick since.