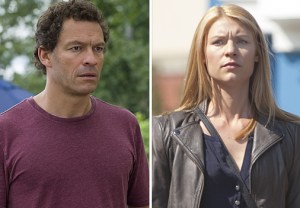 Showtime is staying in the secrets and lies business, ordering new seasons of both its fall dramas, Homeland and The Affair.

Homeland will return next year for a 12-episode Season 5, the pay cabler announced on Monday, while The Affair will continue for another 10 episodes.

“In its fourth season, Homeland has brilliantly reinvented itself. It continues to capture the attention of a devoted fan base, and has provided an enviable platform for the successful launch of The Affair,” Showtime president David Nevins said in a statement. “With thought-provoking, relevant and addictive storylines, both series have been embraced, dissected and much debated week after week. We’re excited to see more from these complex shows in 2015.”