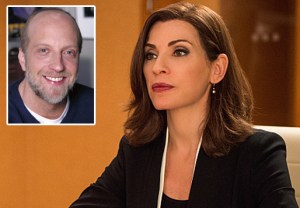 Actor-writer-funnyman Chris Elliott will guest-star on The Good Wife as an English professor who is brought in to help wannabe State’s Attorney Alicia prepare for her looming debate against opponent Frank Prady (David Hyde Pierce).

How exactly will he assist her? Elliott will stand in for Prady in debate rehearsals.

Elliott’s TV credits include recurring stints on How I Met Your Mother, Everybody Loves Raymond and According to Jim.