There’s no telling how The Mentalist will end, once its seventh and final season comes to a close. But we can give you a provocative look at how the CBS drama’s farewell run begins.

In the final season opener — which airs Sunday, Nov. 30 at 9:30 ET/9 pm PT and is set two weeks after the Season 6 finale, in which Jane and Lisbon professed their love for each other — it appears Jane has some ‘splaining to do to FBI Agent Marcus Pike, whom Lisbon was poised to relocate to D.C. with. 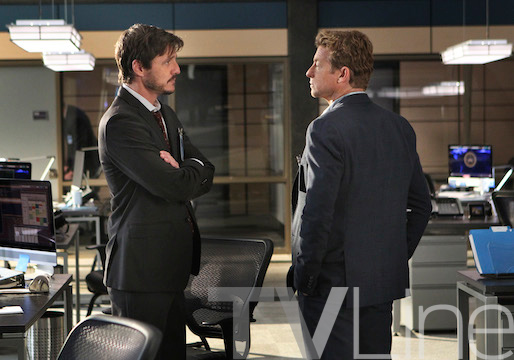 This second photo, meanwhile, comes from Episode 2, in which Lisbon goes undercover in a prison. 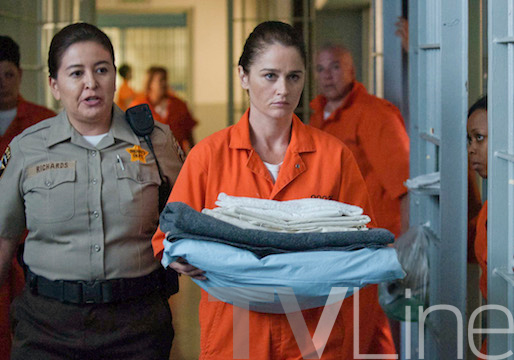 The Mentalist will call Sundays home until Jan. 7, at which time it moves to Wednesdays at 8, ultimately wrapping its seven-year run with a two-hour series finale on Feb. 18. New to the cast this season is Make It or Break It star Josie Loren as Michelle Vega, a rookie fresh out of the FBI Academy.