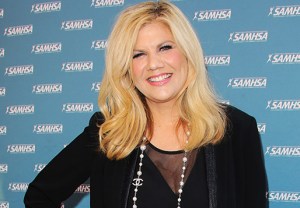 Kristen Johnston’s Holly Franklin is heading for the altar when The Exes returns for its fourth season Wednesday (TV Land, 10:30/9:30c). There’s only one thing missing: a fiancé.

“Her main objective is to get married this season,” Johnston tells TVLine. “In one of the first few episodes, Holly discovers that the [venue] she rented years ago when she was going to get married to Ken Marino’s character is still reserved. She gets a reminder saying, ‘Your wedding is in sixth months,’ so she goes to cancel it, but something happens along the way that sets Holly off. She decides to keep the date and get married in sixth months.”

You’d assume such an insane plan is sure to blow up in Holly’s face, right? Well…

“She’s successful, but not in the way that people are going to expect,” Johnston teases. “There’s a really cool episode down the line with some of the hardest acting I’ve ever had to do. It’s emotional, but still really funny.” 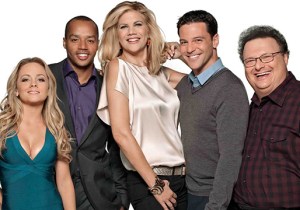 But don’t expect any of Holly’s friends to question her backwards wedding itinerary — at least, not right away.

“They’re all involved in their own messes,” Johnston says. “This season is very much about each of us having our own experiences. They’re excited for me and supportive … until they discover the person I want to marry. Then they have some issues.”

In addition to the fourth season of The Exes, Johnston also has an upcoming stint on Modern Family. With most of her scenes opposite Jesse Tyler Ferguson, Johnston describes her character as a “hot mess.”

“I have to admit,” she says of the wild role, “it’s totally fitting.”