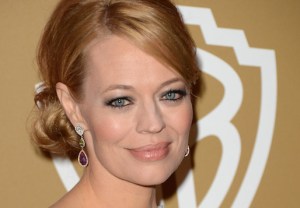 Seven of Nine is two of three.

Meaning, TVLine has learned that Jeri Ryan will fill the plum NCIS role of Leroy Jethro Gibbs’ never-before-seen second ex-wife, Rebecca, who will be introduced in a January 2015 episode of the long-running CBS drama.

NCIS showrunner Gary Glasberg first revealed to TVLine the plan to meet Gibbs’ missing ex last January, saying, “I can promise you that it is probably going to get touched on in Season 12.” Introducing the character, he effused, promises to be “[storyline] gold.”

To recap Gibbs’ wedded misses: He was first married to Shannon (played by Scandal‘s Darby Stanchfield), who, with their daughter, tragically died. Next, he wed Diane (Mad Men‘s Melinda McGraw), who is also Agent The parade of redheads even fueled an in-episode walk-through (right).

Of the character’s ultimate casting, Glasberg says in a statement: “After 12 seasons there was still one ex-wife to cast opposite Gibbs and we found her in the beautiful and talented Jeri Ryan. We’re all very excited to have Jeri join us for a storyline that’s chock full of surprises.”