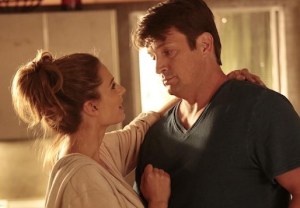 Save the date — Monday, Nov. 10. That’s when ABC’s Castle is truly heading for a wedding, after Kate and Rick’s original nuptials got derailed by the groom’s mysterious vanishing. That said, the crimesolvers’ trip to the altar won’t be without one final detour, as Rick finds himself in a reality where he and Kate never met!

TVLINE | At the time you decided to derail the season-ending wedding, did you know when it would actually take place?
We knew that it was going to happen within the first half-dozen episodes. We didn’t know exactly which one, but we knew it would happen relatively soon.

TVLINE | So you never bandied about the idea, “Let’s make them wait for the Season 7 finale”?
No, we felt like that would be a little punitive to our audience. This is something they and we, quite frankly, wanted for the show, so we didn’t want to delay it too much longer.

TVLINE | Was the trick then finding a unique way to frame it within an episode?
That’s exactly right. We had toyed with versions of an alternate reality kind of story, and this one we felt was a really good vehicle to give Castle (played by Nathan Fillion) perspective on his life had he not met Beckett (Stana Katic). It serves as a way of driving them towards closure in their relationship.

TVLINE | So in this “reality,” the past six or so years have passed, just without him in their lives?
Exactly. So he’s never written Nikki Heat, because he never met [Kate]. And she has no idea who he is. Also, the people around him — Martha, Alexis — are different as well, in different kinds of ways, in direction reaction to the path that his life has taken. So there’s a lot of fun to be had in the episode. Nathan, I think, is brilliant at playing the “fish out of water” situation, which he does a lot of in this episode. It’s a delightful show.

TVLINE | And are our friends at the 12th different, as well?
The differences are a bit more subtle, but yes, they’re definitely different. Clearly [Ryan and Esposito] don’t know Castle from Adam in this story, so they both view him with varying degrees of suspicion.

TVLINE | One concern I heard viewers had as the Season 6 finale played out was that if there had been a wedding, it would have only been, like, 45 seconds tacked onto the end of the episode. I imagine they have that same concern with “Time of Our Lives.” Will the wedding element total more than 45 seconds?
I don’t know what the length of the actual wedding is, but I will say that having seen it, it is a really beautiful moment for the two characters, and for the series itself. I think it’s going to meet — or hopefully exceed — the expectations of the folks watching the show.

TVLINE | Because you covered a lot of the elements already last season — the preparation, assorted dresses, shopping for a venue. Now it’s just about actually exchanging vows. 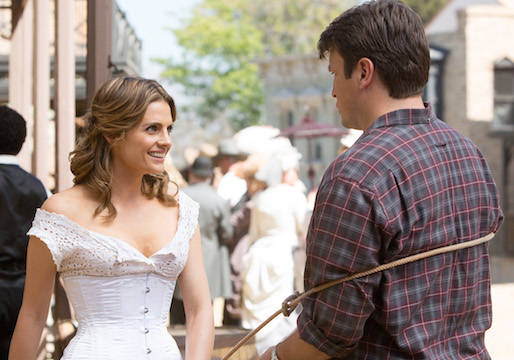 TVLINE | Was it always your plan to have some sort of a honeymoon venue factor into the subsequent episode (airing Nov. 17)?
It was something that kind of came out naturally, because they’re investigating a case that is goes back to this dude ranch. They were going to have to go undercover, in this case under the pretense that they are newlyweds, even though they are newlyweds. But they’re not there to go on their honeymoon, they’re there to solve a murder. But that doesn’t mean that some fun can’t be had along the way.

TVLINE | Will they have squeezed in an actual honeymoon between Episodes 6 and 7?
They will not have had one; that’s an issue that we’ll be addressing at the top of Episode 7.

TVLINE | Did I hear or read that there are Firefly nods to be found in the Old West episode?
I think it is possible…..

TVLINE | The mystery of Castle’s vanishing/memory loss: Will that be revisited at all by midseason?
We’ll probably brush up against it in at least one episode that follows [Episode 10], and then well revisit around the [Episode] 14/15 area.

TVLINE | Which I felt would always be the plan. That’s how the Johanna Beckett mythology was parsed out, and the Jackson Hunt episodes. You’d hit it, let it fall by the way side for a stretch, 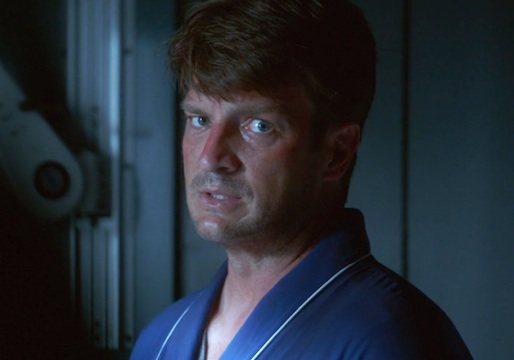 then have it pop up again. I saw some people expecting it to be solved in the first two episodes and I’m like, “Not gonna happen.”
No, Beckett’s mother’s murder persisted over basically five seasons — six, really — until it was resolved. We’re certainly not anticipating that here, but it will lie fallow until such time that it kind of asserts itself within the series, and then Castle has to deal with it again. It’s the kind of thing that, like the mythology of Beckett’s mother’s murder, will come and go. The shadow of her mother’s death didn’t hang over Beckett every episode, just the ones where we dealt with it directly. This will be the same way. It’s been put back in the box, but the box will open up again, and Castle will have to figure out what his next move is.

TVLINE | There was a pre-season interview where Nathan at least suggested it wouldn’t be as  dark as the Johanna Beckett mystery.
I think that’s probably true, yeah.

TVLINE | Was the “Hollander’s Woods” thing a clue to what Rick blocked out, or was that just some sort of “passcode” that Not Henry Jenkins was using?
That was just about being able to prove in that moment that Castle had said something to him, that there was a confidence shared between them. That particular biographical detail about Castle was proof of that.

TVLINE | So the larger mystery is not about something he witnessed in the woods as a kid.
No, not at all.

TVLINE | Lastly, is there a reason why Rick had to be grabbed in the Hamptons, on his wedding day? Even one of the cops, I think, brought this up — why not just grab him in the city?
There is a reason, yes, and it has to do with the timing of what was going on. We’ll probably explore that a bit more fully when we get back into that storytelling later in the season.