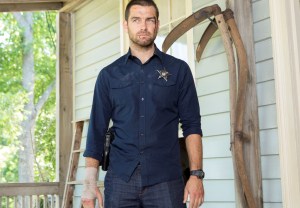 Lucas Hood will face an assault on multiple fronts when Banshee returns in early 2015, a fact underscored in the Cinemax drama’s pulpy Season 3 poster.

The key art — exclusively obtained by TVLine and embedded below — features the image of a nameless, faceless deputy lying (presumably) dead after being pierced by three arrows. The tagline: “Old habits die hard.”

At Comic-Con over the summer, exec producer Jonathan Tropper confirmed that two old foes will be making Lucas’ post-Rabbit existence all kinds of miserable in Season 4. “[Proctor and Chayton] step in to kick it up a few notches,” he teased. “Proctor’s been a threat since Season 1. And we’re bringing [Chayton] back in Season 3 in a big way.”

Another notable element of the one-sheet — the Friday, January 9 premiere date in the right-hand corner.

Check out the poster below, and then hit the comments with your thoughts/theories/excitement level for Season 4. 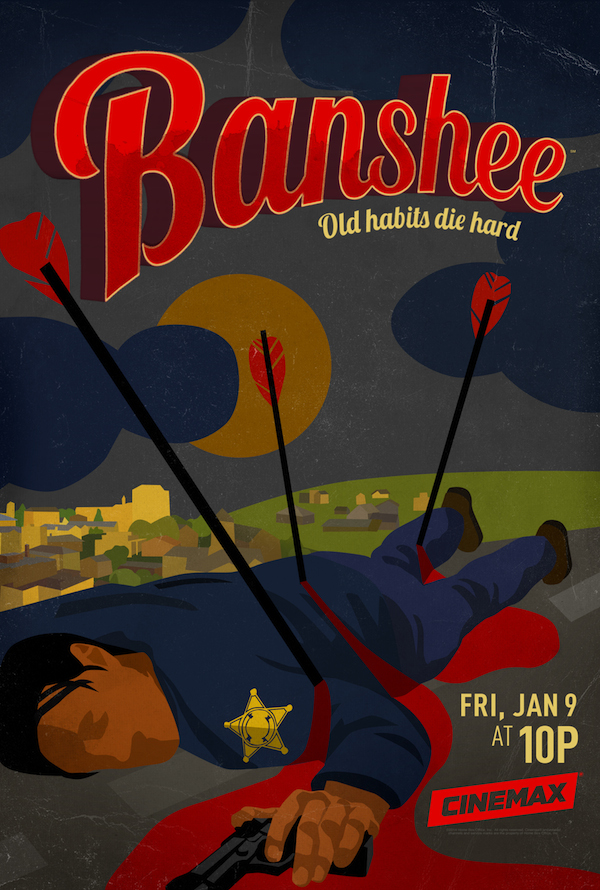