We’ve got questions, and you’ve (maybe) got answers! With another week of TV gone by, we’re lobbing queries left and right about shows including Marvel’s Agents of S.H.I.E.L.D., Criminal Minds, Nashville and The Vampire Diaries! 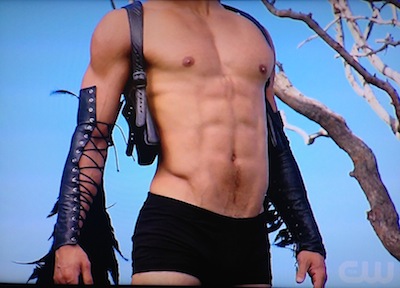 1 | Did Top Model‘s decision to show a disembodied shot of Adam’s naked torso strike you as exploitative, or was he pretty much courting that kind of treatment when he declared, “Every time that I get to shoot with my shirt off, it really does play to my strengths”?

2 | On Hawaii Five-0, did McGarrett’s new lady friend give you an old-school Katherine Kelly Lang vibe? And should pretty Ellie stick around?

3 | Why in the world are Grimm’s Nick and Juliette still living in that house where terrible things keep happening? And isn’t it time to let Wu in on the Wesen secret? 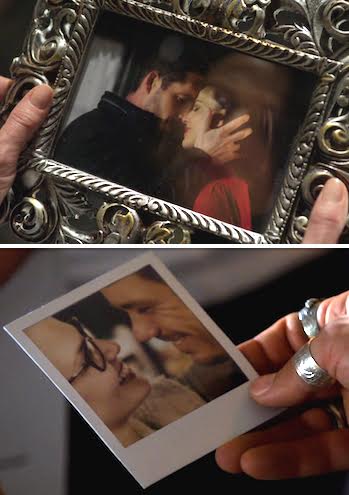 4 | Show of hands, Good Wife fans: Who teared up during Diane and Alicia’s return to the Lockhart-Gardner office space? And why hasn’t the show addressed Robyn’s status?

5 | Which of these intimate Once Upon a Time snapshots was most improbably captured by any possible third-party photographer?

6 | If The Walking Dead’s Maggie and Beth were as close it always seemed, shouldn’t the former be working as hard to find her MIA sister as she did to reunite with Glenn, rather than taking off for D.C. with Abraham? 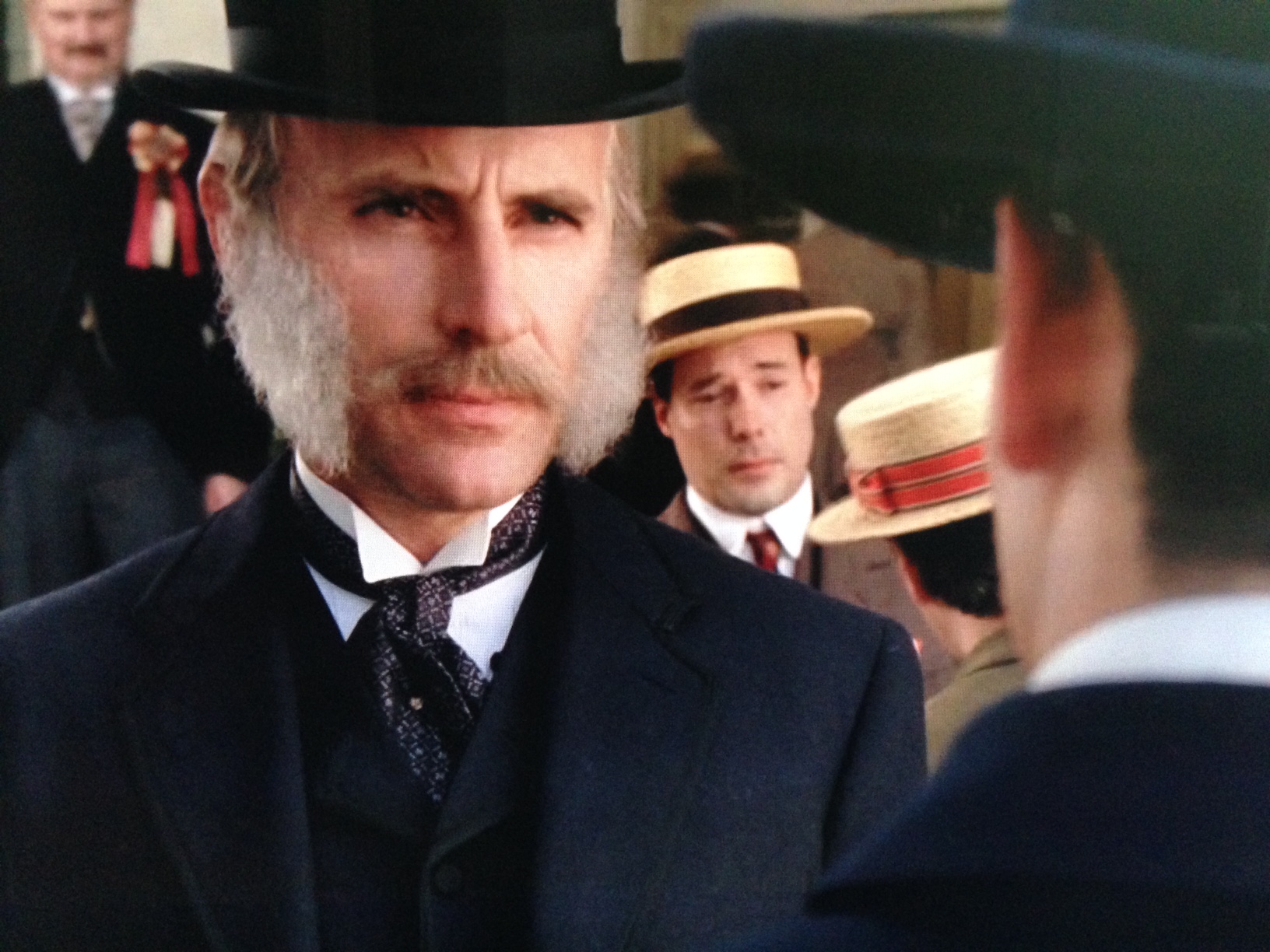 8 | Who else wants Corbin’s hot, de-Wendigo’d son to make another appearance on Sleepy Hollow? And shouldn’t the Witnesses have invested in better locks for the Masonic cell?

9 | Can’t The Voice bring on Taylor Swift as a full-time coach in the next cycle or two? She’s probably not that busy, right?

10 | Did The Originals pluck Aiden 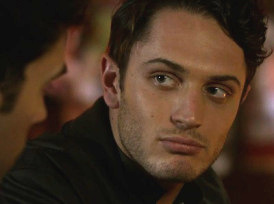 from a Gucci ad or something? Goodness!

11 | When might The Flash’s Dr. Wells splurge on extra paperweights, given how things go flying every time Barry bolts? And given her fantastic turn on Flash, can we add Felicity Smoak to every CW show? (Maybe she could talk some sense into Elena Gilbert and hack something for the Winchesters?) That said, TVLine reader Brigitte wonders: “Felicity did have some amazing dresses, but how many times did she change clothes in one day?”

13 | Didn’t About a Boy‘s Fiona handle her Halloween sugar binge much better than you thought she would? 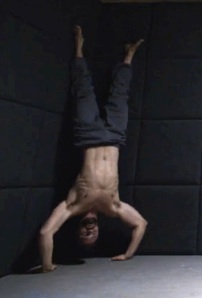 14 | But can Agents of S.H.I.E.L.D.‘s Ward do the salmon ladder? Speaking of which: After locking him up for months in the highest-tech prison, you cart him away in garden-variety handcuffs? Really?

15 | ​Between Lissa mistakenly popping Molly on Awkward, then Lauren accidentally taking E on Faking It, did we miss a memo about MTV’s “Drug Your Friends” Tuesday?

16 | Wouldn’t Arrow’s Nyssa operate even stealthier if her leather get-up wasn’t so shiny and light-reflecting? And could it be that Malcolm, being the “honest” one, told Thea that her brother is the Arrow and she’s just playing dumb?

17 | Did everyone hug their trick-or-treating moppets extra-tight after watching Criminal Minds’ Halloween episode? And did the show intend to make/us Hotch fear the worst for a brief moment, when Jack wasn’t in his bed?!

18 | Why can’t Gwyneth Paltrow be half (or even a third) as brilliantly self-deprecating in real-life interviews as she is playing Web Therapy‘s clueless Maya Dinesh?

19 | How much cross-promotion can one show possibly contain? ABC’s Nashville likely set a new record with nods to Dancing With the Stars, Good Morning America and the CMA Awards in one episode. Also, how much do we have to bribe the writers to give us a Juliette/Avery scene that lasts longer than 90 seconds?

20 | Those Stalker detectives sure do love inventing probable cause, huh? 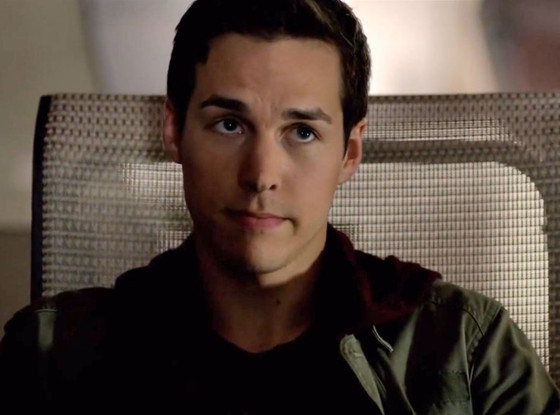 21 | Does anyone else kind of like The Vampire Diaries‘ Kai? He’s a terrible, murderous psychopath, sure, but isn’t he strangely likable, too? Also, do most colleges offer occult studies, or is that just a TV thing?

22 | Scandal‘s Olivia Pope has many talents, but is committing Jake’s 10-digit offshore bank account number to memory after only hearing it once — and during a stressful moment! — her greatest achievement to date? Did Quinn’s reveal of the locker contents somehow make that storyline even less interesting? And can we get a companion series chronicling Bitsy’s years as First Lady?

23 | Did How to Get Away With Murder actually think it could get away with giving us an episode void of a single sex scene/innuendo centered on Jack Falahee’s Connor? Also, did the leap from “reasonable doubt” to “you’re freed from death row” in the case of the week make you wish the show would poach a legal expert from the Good Wife writers’ room? 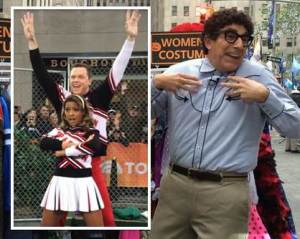