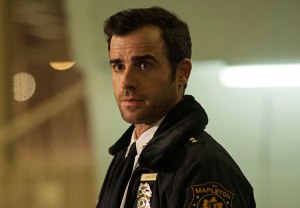 For fans of The Leftovers, the long wait for Season 2 might bring on the urge to wear white, light up a cigarette and take a vow of silence in protest of the show’s hiatus.

Fortunately, showrunner Damon Lindelof is back at work on the HBO drama, and he’s got big plans for the show’s sophomore run.

Lindelof, who is once again working alongside author Tom Perrotta (whose novel inspired Season 1), says the series will maintain an air of “ambiguous mystery” when Season 2 debuts in 2015.

To tide us over until the show’s return, Lindelof offered TVLine a few nuggets of scoop — including which character might make an unexpected reappearance, how the writing process has changed without Perrotta’s novel and why it’s unlikely we’ll get many answers in upcoming episodes.

TVLINE | How much time will have passed between Seasons 1 and 2?
Some time will, of course, have passed. Anywhere from five seconds to five years. I don’t think we’ll be moving backwards in time — which I’ve done in the past, but not this time.

TVLINE | All of the core characters ended Season 1 in interesting, and perhaps unexpected, places. Will all of those cast members return?
We’re still talking about that. The show can move in unexpected directions, and we’re trying out a number of different ideas. But I definitely think the continuing saga of this family is something that we’re very interested in. 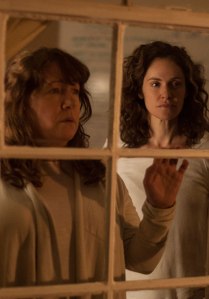 TVLINE | In Kevin’s nightmare toward the end of the season, Patti said they would be “traveling companions.” Can we expect to see more Ann Dowd, in that case?
We try to approach these shows as writers, with our fan hats on. I would want to see more of Ann Dowd, and that character had such an immense impact and power over the first season. I think she’s got more to say. So I’ll just leave it at that.

TVLINE | You’re moving away from Tom Perrotta’s novel in Season 2, correct?
We’re still using Tom Perrotta as a guide. He’s very actively engaged in the creative process on the show. But we pretty much burned through the entire novel in Season 1, so there’s, sadly, nothing left to steal.

TVLINE | What’s it been like to break story without the novel?
We’re just a couple days into talking about Season 2. And obviously, a lot of ideas were starting to fly around as we were working on the first season, but we didn’t know if there was going to be a second season, if there should be a second season or if anyone would want to see a second season. So, right now, it’s a lot of fun to talk about the world at large. The first season was very focused on this one place, but the idea of the show lends itself to a larger, more macro view. Even though it’s ultimately a character-centric story, we’re talking about exploring the premise of the show a little bit more this year.

TVLINE | You’ve previously said that this is not a show about answers. Will that remain the case in Season 2?
It’s very liberating to finally be working on a show that promises no answers. The Leftovers — and ultimately, it’s why I love Tom’s book so much — is about living in a world of ambiguous mystery, which we all live in. We don’t know what happens when we die. Some people decide, “This is what my life is supposed to be, this is what happens when I die. I believe in God, or I don’t believe in God.” But nobody knows for sure. This show really embraces that idea. On Lost, we owed you answers, and you could treat us accordingly. But The Leftovers — we make no guarantees. If you’re looking for answers, The Americans is an excellent show. [Laughs] I would recommend you watch it.

Leftovers fans, what are your hopes for Season 2? Sound off in the comments!