CBS’ Two and a Half Men kicks off its final season this Thursday at 9/8c, but viewers will have to wait at least another week to RSVP for Alan and Walden’s wedding — which apparently also will be attended by Mr. Michael Bolton. 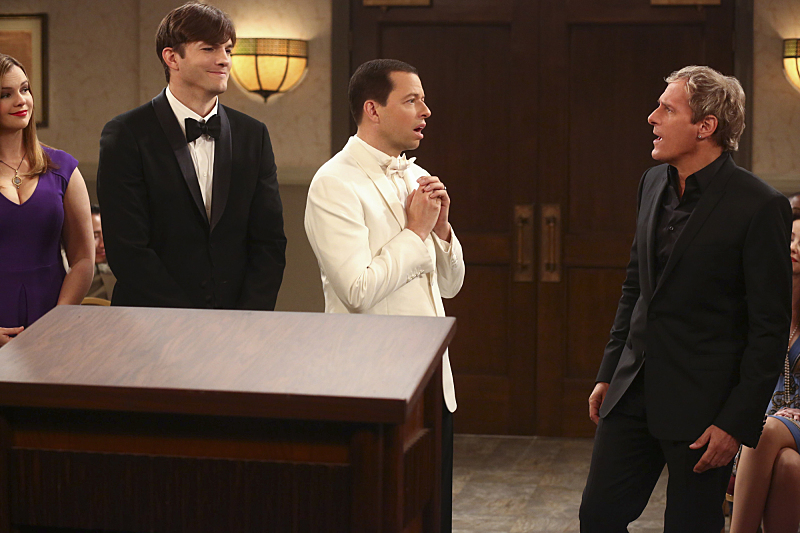 What brings the crooner back to the CBS sitcom? Having previously appeared as himself during Season 10 — to (unsuccessfully) help Walden (played by Ashton Kutcher) propose to Zoey, by belting “When a Man Loves a Woman” — this time he’ll refashion that ballad as “When a Man Loves a Man,” possibly helping Alan (Jon Cryer) get over his misgivings about Walden insisting on a pre-nup. 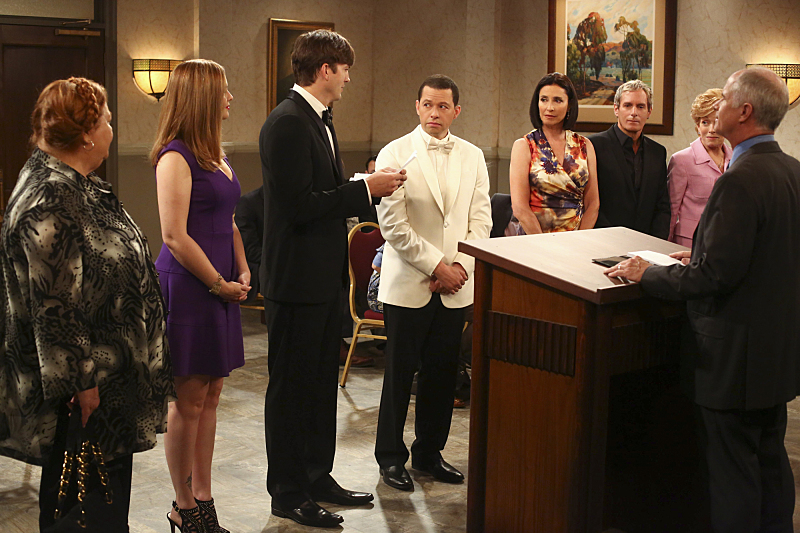 In previewing the nuptials, CBS Entertainment chairman Nina Tassler has explained, “Walden wants to find a way to add more meaning to his life, so he decides he wants to adopt a child. And in doing so, he starts the process and he realizes that it’s very difficult to adopt a child as a single, straight man. So once and for all, he decides, ‘I’m going to propose to Alan. We’re going to get married and adopt a child as a gay couple.’” 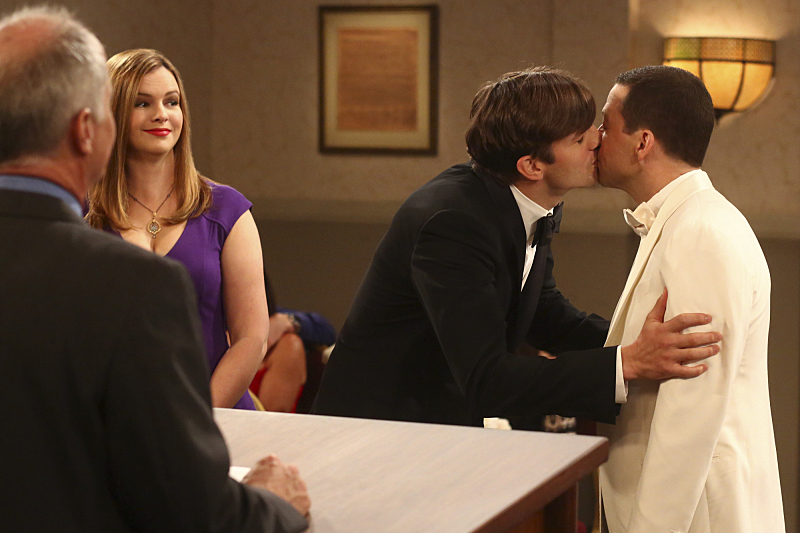 As for possible backlash from the LGBT community for seemingly mocking the right to marry, Tassler countered, “I think [the storyline is] a very positive statement…. In a universe where at one point you couldn’t [adopt a child as a gay couple], and now you can, I think that’s a much more positive statement that he’s making.”

Will you RSVP for Two and a Half Men‘s farewell run?