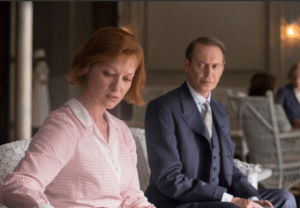 If you have yet to watch Sunday’s series finale of Boardwalk Empire, hit the nearest exit. Everyone else, read on…

I knew something was off about that kid!

In the shocking closing moments of Sunday’s Boardwalk Empire series finale, Joe Harper — the club worker Nucky had taken a special interest in — revealed himself to be none other than Tommy Darmody. The interloper dropped that little bombshell on Nucky right before gunning him down in the middle of the crowded Atlantic City boardwalk. (Those of you who figured out the Joe-Tommy twist weeks ago, go ahead and pat yourselves on the back.)

Among those who bore witness to Steve Buscemi’s onscreen death: Two federal agents who were presumably about to arrest the gangster.

It was a poetic ending for Nucky, who murdered Tommy’s dad and whored his grandmother out to a pedophile (setting her up for a life full of crime, murder, incest and, ultimately, institutionalization).

As far as series finales go, this one was damn-near perfect.

In the following post mortem, series creator Terence Winter explains why he killed off Nucky, sheds light on the decision to make Tommy the triggerman, reveals why Gillian ended up being the “emotional fulcrum” of the entire series, predicts what Margaret will be doing at 50 and much more.

TVLINE | When did you arrive at the decision to kill off Nucky?
We came to that conclusion around the middle of Season 4. We had been batting around various possibilities, and we talked about how keeping Nucky alive might be a worse punishment for him — living a life of obscurity for a guy like him might be a horrible thing. But then we just felt like the more powerful conclusion to that story was to have him die at the hand of Jimmy’s son.

TVLINE | Some viewers suspected early on that Joe was Tommy — did you count on that happening? Travis Tope is a dead-ringer for a young Michael Pitt.
Travis just turned out to be the best actor. We weren’t looking [for a Pitt lookalike], but Travis was the best, most sympathetic and most believable. And, as it turns out, he looked like the son of Jimmy and Angela… But the fact that people may have suspected that going in is fine. I don’t know that it takes away anything.

TVLINE | How was Tommy able to connect all of the dots about the role Nucky played in destroying his family?
Nucky was a subject of conversation in that household growing up. He certainly remembers [Gillian] talking about him. Also, not knowing quite what the truth was is what brought him to Atlantic City to find out for himself. He probably was very conflicted when he got into Nucky’s orbit [and saw that] this is not some monster — the guy is actually nice to him. He felt a sense of duty to avenge his dad, and, yet, on the other hand, he was not really sure what he wanted to do.

TVLINE | Had Nucky not been shot, would he have been arrested by those agents?
I don’t know that Nucky would’ve been imminently arrested, but they were certainly watching him and aware of what he was doing. Once the [IRS] were successful with Capone, they started tracking gangsters throughout the country, trying to build some other cases.

TVLINE | Do you think Nucky would’ve preferred the fate he got versus spending the rest of his life in prison?
That’s hard to say. But if it was truly life in prison then, yeah, if I was thinking like Nicky I might be like, “Maybe it’s time to cash in. I’ve had a good life. The idea of eating cheese sandwiches for the rest of my life might not be so great.”

TVLINE | I love how it turned out that Gillian was the emotional lynchpin of the entire series. Did you know that going in?
We knew it several years ago. Around Season 2, once we had fully fleshed out what the relationships were and what the backstories were, we knew that that one act of betrayal really would be the thing that sent Nucky down the path of ultimate destruction.

TVLINE | And that’s the reason for all of the flashbacks this season?
Yes. In order to get the full weight of the emotion of that story, we needed to see these characters as younger versions of themselves. And I’m really proud of how that turned out.

TVLINE | Is that why you kept Gretchen Mol around for these final two seasons? Because it seemed like Gillian could’ve very easily been written out after Season 3. I was surprised — pleasantly so — that you continued to follow her.
Yeah. Exactly. She was the emotional fulcrum of Nucky’s whole story, so it was important to keep tabs on her. She was also, for me, a fascinating character no matter what she was doing. I was always interested in what was going on with her.

TVLINE | The casting of Young Gillian and Twentysomething Nucky were spot-on.
That’s due to our phenomenal casting director Meredith Tucker. She nailed it across the board. That’s the kind of thing that could easily have gone completely wrong. People called me up and said, “Is that actually Steve Buscemi? Did you do some sort of digital enhancement?” That was an amazing compliment. That’s a British actor named Marc Pickering. Just an incredible performance.

TVLINE | Margaret evolved into quite the shrewd businesswoman. Where do you picture her 10 years from where the finale left off?
Probably a successful — at that point maybe retired — businesswoman. Hopefully happily remarried. I’d like to think that she ended up making some better choices as she moved forward in her love life. Also, let’s assume since she was still married to Nucky that she would inherit whatever he had.

TVLINE | There was a nice spark between her and Joseph Kennedy…
I can’t speak for Margaret, but Joseph Kennedy certainly looked like he had a gleam in his eye, so he probably came-a-courtin’ after that. I can only imagine how that turned out. I hope it was fun for both of them.

TVLINE | Margaret and Nucky dancing atop The Eldorado — what was going through his mind right before they were interrupted. Regret?
A little regret. And he probably [realized] this is not going to ever work; it’s probably goodbye. And I think that was also in her mind, that this was the last dance.

TVLINE | So much of the finale was about comeuppance. Most everyone was made to pay for their sins, with the exception of Willie. He was never made to pay for framing his friend for murder. How come?
Sometimes people get away with it. Good things happen to bad people, bad things happen to good people. Sometimes crime actually does pay. And we were never looking to make moral judgments on people, or punish everyone for every bad deed.

TVLINE | Lastly, what has it been like to say goodbye to these characters — and the show itself — for you personally?
It’s very bittersweet. I’m enormously proud of this series and everybody who made it what it was. It was enormously creatively satisfying [and] a magical portion of my career. We did exactly the show we wanted to do. I would not make a creative decision differently if I had to do this all over again tomorrow… The first rule of show business is to get off the stage while people still want more, and I think we [did that]. I never wanted to be one of those shows where people were like, “Is that thing still on the air?” We were on for exactly the right amount of time. 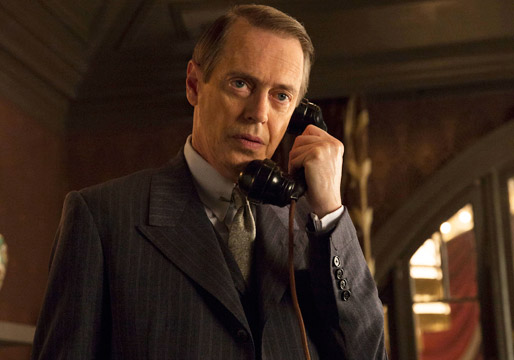