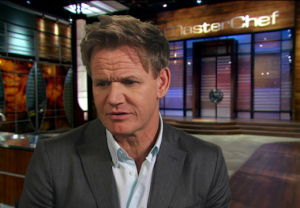 Bring on the tiny potatoes!

Nope, we’re not collecting ingredients for a roasted fingerlings recipe, but rather expressing our excitement for Season 2 of MasterChef Junior, premiering Tuesday, Nov. 4 (8/7c on FOX).

In the following exclusive preview video, judge Gordon Ramsay weighs in on the impressive talent level of the show’s 8-to-13-year-old contestants and marvels that many of ’em have been watching his reality-cooking programming since they were toddlers. Perhaps that might explain the occasional bout of blue language among these young’uns?

Press PLAY below for the full preview, then share your own thoughts on MasterChef Junior in the comments!