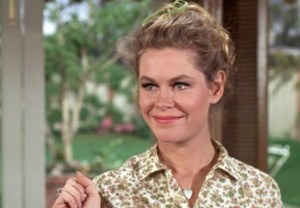 Exactly one week after news broke that a Bewitched remake was in the works from Sony Pictures TV, NBC has given the comedy a pilot production commitment, our sister site Deadline reports.

RELATED TVLine Items: The IT Crowd Gets U.S. Remake

But rather than retell Samantha Stephens’ story, NBC’s new pilot — penned by The Vow‘s Abby Kohn and Marc Silverstein — will focus on Daphne, Samantha’s granddaughter, a single twentysomething who discovers her quest for true love can’t be solved with magic (though that won’t stop her from trying).

We originally asked who you think should play the new Samantha — Christina Applegate was a favorite — but now that we know NBC’s Bewitched will focus on the next next generation, it’s time to play casting director all over again.