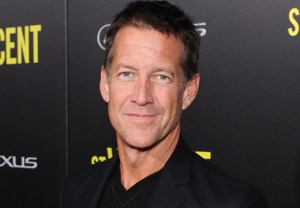 Denton will play a doctor and single dad who moves in next to Cassie (star Catherine Bell), our sister site Deadline reports, and it sounds like she won’t be able to keep her secret from him for long.

Based on Hallmark’s Good Witch films — the seventh installment airs Oct. 25 — the 10-episode series will follow the exploits of Cassie Nightingale, a beautiful sorceress living in the town of Middleton. Bailee Madison (Trophy Wife) is also a series regular.

* Syfy’s Z Nation has been renewed for a second season.

* USA Network has ordered a 12-episode third season of Chrisley Knows Best. Additionally, a holiday special will air in December.

* The Mortal Instruments: City of Bones, which opened to underwhelming box-office numbers in 2013, is being repackaged as a TV series, according to Deadline. Ed Decter (Unforgettable, The Client List) has been named showrunner, though no network is attached to the project.