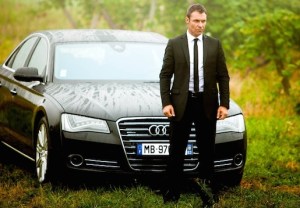 “He’s like the UPS guy — but he’s got an Audi,” Vance quips of his character, Frank Martin, who in three big screen outings was played by Jason Statham.

“He’s paid to deliver a package from A to B,” Vance explains, “and of course the fun of it is all the obstacles in getting it from A to B.” 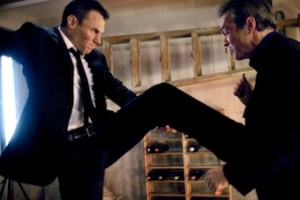 Luckily, Frank is equipped to handle most any detour thrown in his path. “He’s your typical action hero — ex-SAS, trained in every kind of jujitsu, martial arts, guns…,” his portrayer notes. “He’s pretty good with the girls, too, and he drives a car pretty well.”

Providing a fun wrinkle is the fact that Frank isn’t always privy to what the VIP packages contain; in fact, he insists not to. “It’s all on trust,” Vance says, “and if anybody changes the deal, Frank gets a little bit unhappy about it — and that’s more fun.”

French actor François Berléand reprises his Transporter film role as Inspector Tarconi, with whom Frank is “constantly at loggerheads,” Vance says. “The dynamic between them is that Tarconi is always on the right side of the law, while Frank operates for the right reasons but sometimes on the wrong side of the law. It’s that conscious reminder.” 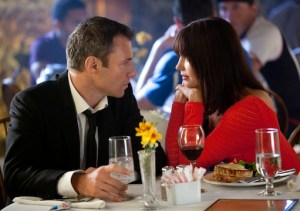 Vance notes that because of the TV format, this Transporter can explore a mythology that the feature films were not able to, shedding more light on why and how Frank does what he does.

“[The movies] had a period of time” in which to tell a story, he notes. “But we’re doing our best to lay the groundwork for [a mythology] so that we can bring a little bit more character depth to it, and a little more reasoning to it as a premise. We’re definitely trying.”