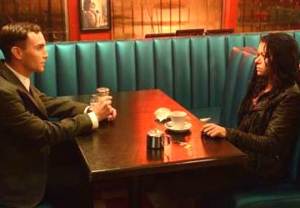 Production has resumed on Orphan Black, and to mark the occasion BBC America issued an overview for Season 3 — including confirmation of who all is on board for the clone drama’s new run.

As shared in BBCA’s press release:

Season 3 plunges the clone sisterhood into unexpected territory with the realization that they’re not alone. Just when they thought they knew their enemies and allies, season three reveals our clones are more vulnerable than ever before. Highly trained, identical male-soldiers raise more questions than answers. Who are these new clones? Who created them? And more importantly, why do they exist? Sarah, Cosima, Alison and Helena are stronger together than they are apart, but this season will put that bond to the test. Will they forge towards their truth, or fall at the feet of those that seek to control them?

Orphan Black is shooting in Toronto through March 2015, with an eye on a Spring premiere date.