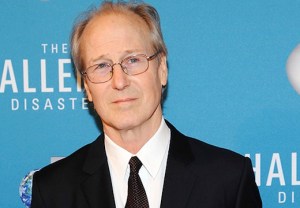 William Hurt is about to explore the age-old subject of “man vs machine.”

The Oscar-winning actor (Kiss of the Spider Woman, Damages) is set to star in AMC’s new eight-part drama series Humans, which is “set in a parallel present where the latest must-have gadget for any busy family is a ‘Synth’ — a highly-developed robotic servant eerily similar to its live counterpart.”

Hurt will play George Millican, a widower who forges something akin to a father-son relationship with “his out-of-date synth Odi.”

Humans will also star Katherine Parkinson (The IT Crowd, The Honourable Woman), as an ambitious working mother with “unresolved demons”; Tom Goodman-Hill (Mr. Selfridge), as her concerned husband; and Gemma Chan as Anita, the “pliant, servile automaton” purchased by Tom who “every now and then, does something inexplicable. Something…almost human.” Other cast members include Colin Morgan (Merlin, The Fall), Rebecca Front (The Thick Of It) and Neil Maskell (Utopia).

Humans, set to air in 2015 on both AMC and Britain’s Channel 4, is a co-production from Channel 4, AMC and Kudos. It’s written by Brits Sam Vincent and Jonathan Brackley (Spooks) and based on the Swedish sci-fi drama Real Humans.

Stoked about Hurt’s return to TV? Planning to add Humans to your DVR lineup come 2015? Sound off in the comments!