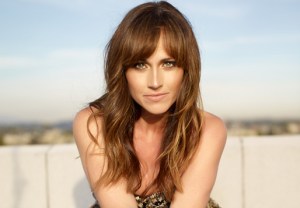 With the end of Awkward relatively in sight — the MTV comedy has been renewed for a fifth and final season — it’s time for the residents of Palos Verdes to get serious about their futures. For Nikki DeLoach (aka Mama Hamilton), the road to happily-ever-after is apparently paved with diapers.

“I’ve always wanted Lacey and Kevin to have another baby,” DeLoach tells TVLine. “That’s definitely on my mind in terms of stories. I want them to experience having a baby as adults, rather than as high-schoolers. … Let’s be real, Lacey’s meltdowns alone would make for good TV.”

Below, DeLoach — who also has upcoming appearances on CBS’ NCIS and TV Land’s The Exes — talks about what’s to come as Season 4 wraps up, including her hopes for Jenna’s future with (or without) Matty.

TVLINE | Looking to the more immediate future, is Jenna doomed to live at home forever?
[Laughs] I think Jenna will end up somewhere at some school. That’s what she does. She goes through the deep, dark journeys, but she usually comes out on top. Kevin and Lacey will definitely go through that empty nest experience — especially Lacey, because Jenna’s always been her rock. Every decision she’s ever made in her life has been about her daughter, so she’ll also be going through an identity crisis. Who is she without her daughter?

TVLINE | And as her mom, what do you make of this new guy, Owen?
Well, I am still — and will forever be — Team Matty.

TVLINE | I know you are, but what about Lacey? In the Season 4 trailer, we see her telling Jenna to forget about Matty.
[Laughs] Yes, this is true. You know what, I think that’s one of those golden mother moments for Lacey. She basically reminds her daughter that life is not just about boys. A lot of boys come and go, and you have to put yourself first. I love that the writers give her that moment, because — at the end of the day — young girls needs to hear that.

TVLINE | Do you feel that a Jenna-Matty reunion is inevitable, though?
I do, I do. There are actually two endings I’d be happy with: One of them would be both Jenna and Matty going to college and staying together. The other ending I’d be happy with is if they decide to go to college and live their lives, then catch up with each other in five years and see what happens. It would be great to see Jenna standing on her own strength without a boy and without her parents.

Awkward fans, how do you hope the never-ending Jenna/Matty drama eventually plays out? And are you on board with the Lacey/baby plan? Drop a comment with your thoughts below. 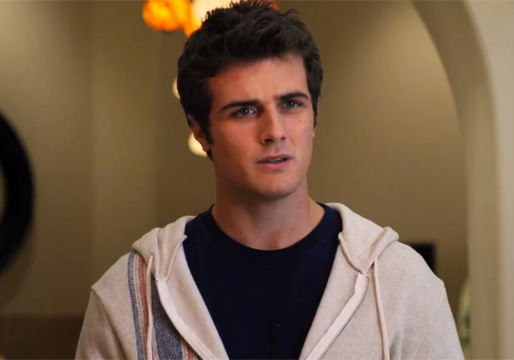