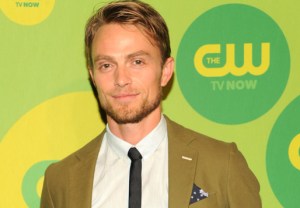 Things are looking up for Wilson Bethel. Like, way up. Outer-space up.

So what does this mean for Bethel’s future in Bluebell? Per Deadline, Bethel is only slated to appear in eight of Wives‘ 10 episodes, and given Dixie‘s shortened fourth season — The CW only ordered 10 episodes this time around — scheduling wasn’t an issue.

Dixie fans, will you be following “Wade” to infinity and beyond? Drop a comment with your thoughts below.