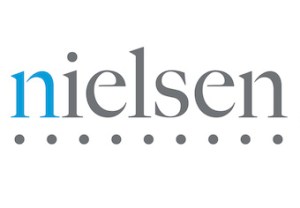 Nielsen on Friday issued a statement acknowledging that TV ratings have since March been misreported, from “small” to “more significant” degrees.

How does this affect you, Joe Viewer? (Honestly: It doesn’t.) Which shows were affected? Which were not? Will fixing the glitch result in the renewal of Rising Star? Here, some burning questions answered.

WHEN DID THE REPORTING GLITCH START?
The technical error took hold on March 2 of this year, Nielsen says, but “was generally imperceptible” until numbers for the Fall TV season began trickling in.

HAS THE GLITCH BEEN FIXED YET?
A software fix was deployed this Thursday, Oct. 9, meaning that all numbers you see from here on will be correct. (Or as “correct” as some believe them to be….)

WHEN WILL WE TRULY KNOW HOW UTOPIA IS DOING?
Utopia, which bowed the first week of September, may remain a “mystery” for a bit. Right now, Nielsen is only looking back as far as Sept. 22, and will reissue those numbers on Friday, Oct. 17. (Felicity, remind me to put in for a “personal day”!)

HOW MUCH WERE THE NUMBERS OFF BY?
Nielsen says that in “a vast majority of cases,” the impact of the technical error was “small” — or by no more than .05 of a ratings point, our sister site Deadline notes. In “a handful” (or about 2 percent) of instances, the impact is described as “more significant.” (Total audience numbers were not affected by the glitch.)

WILL ADVERTISERS BE SCREAMING FOR MAKE-GOODS, IF THE NUMBERS GET NUDGED DOWN?
Unlikely. Though TVLine has bombarded you, the consumer, with daily Live+SD ratings these past few weeks, the fall season’s first C3 ratings — which measure actual commercial exposure within three days of broadcast, and which are the numbers advertisers actually “buy” — don’t come out until this weekend, and thus will be correct.

WHAT ABOUT DALLAS? LONGMIRE?? MY NBC AFFILIATE’S DAYTIME COOKING SHOW??? CHEF MARGE IS SUCH A HOOT.
Neither cable networks nor local TV ratings were affected by this technical error.

HOW CAN WE POSSIBLY TRUST NIELSEN NOW? THEIR METHODOLOGY ALWAYS SEEMED SHADY TO ME…. WHERE’S MY PITCHFORK?
As part of Nielsen’s investigation into the glitch, they took a larger look under the hood and “determined that there are no issues with the National People Meter, our data collection process, our panel, our TV audience measurement methodology.” So keep the faith in those 25,000 Nielsen households!