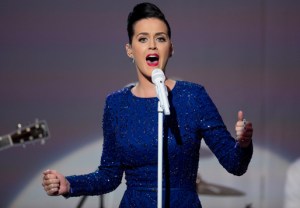 Super Bowl XLIX is shaping up to be a real teenage dream — the halftime show, anyway.

After much speculation, Katy Perry has reportedly signed on as the Bowl’s official halftime performer, according to Billboard.

Perry’s name was originally on a shortlist of potential performers — one that also included Coldplay and Rihanna — but things got complicated when the NFL reportedly requested that the selected artist pay to perform. The “Firework” singer appeared on ESPN’s College Game Day this past weekend to confirm she’s “not the kind of girl who would pay to play the Super Bowl.”

Super Bowl XLIX will be broadcast Sunday, Feb. 1, on NBC.

OK, football fans, it’s time to sound off: Katy Perry — good choice for the Bowl? Let us know in the comments section below.