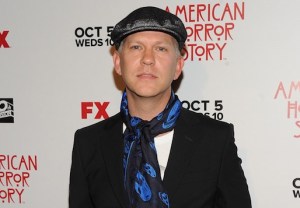 Ryan Murphy has a lot more Story to tell.

The American Horror Story creator will bring another anthology series — this one centered on notorious crimes in U.S. history — to FX, TVLine has confirmed.

The 10-episode first season will center on the O.J. Simpson murder trial and will be titled American Crime Story: The People Vs. O.J. Simpson. It will be based on Jeffrey Toobin’s book The Run of His Life: The People V. O.J. Simpson, which is told from the lawyers’ perspective and details the legal maneuvering involved in the famous case.

If American Crime Story continues, subsequent seasons will focus on other infamous crimes.

The project received a straight-to-series order, meaning it can skip the pilot stage and go directly into production. Scott Alexander and Larry Karaszewski (The People vs. Larry Flynt) will pen the script; Murphy — who’ll co-executive produce with AHS‘ Brad Falchuk, among others — will direct the first episode.