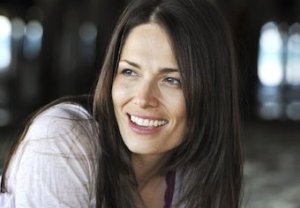 Sarah Goldberg, best known for playing Sarah Glass on The WB/CW’s 7th Heaven, passed away Sept. 27 at the age of 40, according to the Chicago Sun-Times.

Though a cause of death has not been released, the Sun-Times reports that Goldberg’s mother suspects a “heart ailment.”

#RIP Sarah. I will miss you always. Love Ya! B.

Prior to joining 7th Heaven, Goldberg recurred on Judging Amy. Following her time on the family drama, she appeared on a number of primetime dramas, including CSI and House. She also recurred on The CW’s 90210 from 2009 to 2011, playing the mother of Matt Lanter’s Liam.