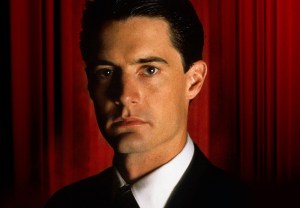 Turns out all of that Twin Peaks revival buzz was much ado about something. Showtime confirmed on Monday that it has given the green light to a nine-episode revival of David Lynch and Mark Frost’s seminal ’90s drama series.

This would not be a reboot but a present-day continuation — in the same vein as TNT’s Dallas. Lynch and Frost will pen all nine episodes, with Lynch directing every installment. Production will begin in 2015 and air in 2016, marking the 25th anniversary of the series finale.

Ahead of Showtime’s formal announcement, Lynch and Frost released the following video on Twitter early Monday:

What’s more, Showtime will re-air the first two seasons of Twin Peaks, in advance of the new episodes airing in 2016.

Rumors of a new Twin Peaks project spread like wildfire Friday after Lynch and Frost published the following identical tweets:

Which original Twin Peaks characters do you want to see brought back in Season 3? Check out the gallery for our essential 15!