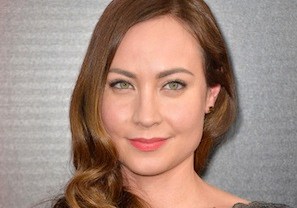 True Blood grad Courtney Ford is headed to the Hamptons to catch a killer.

The actress is joining Revenge‘s current fourth season in the recurring role of Kate Taylor, an FBI agent assigned to investigate Conrad’s murder.

Here’s how the original casting breakdown described Kate: “Though young, she’s a pro and has been given this high profile assignment because she can handle it, not to make her bones. While professionally hardcore, personally she will quickly fall into intrigue — and maybe into bed with one of her colleagues.”

Look for Ford (whose TV credits also include stints on Murder in the First, Dexter and Parenthood) to make her debut in Episode 8.