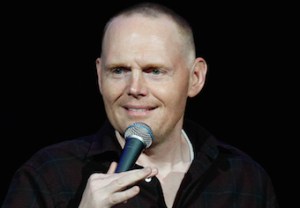 FX Networks has given a green light to Pariah, a comedy pilot penned by It’s Always Sunny in Philadelphia writers/producers John and Dave Chernin and starring funnyman Bill Burr.

The premise is such: Following an on-air meltdown, volatile TV personality “Joe Abbott” (played by Burr) is exiled from show business and forced to navigate society as a man with no apparent skills.

The pilot will be directed by It’s Always Sunny star Rob McElhenney, whose RCG Productions is producing with FX Networks. (At this early stage, it is not known if the comedy, if ordered to series, would air on FX or FXX.)

Burr’s previous TV acting credits include Breaking Bad (as Saul Goodman’s henchman Kuby), New Girl and the ABC sitcom Townies. A stand-up comic by trade, he also has appeared on Kroll Show and Chappelle’s Show and is a regular on the late-night TV circuit.