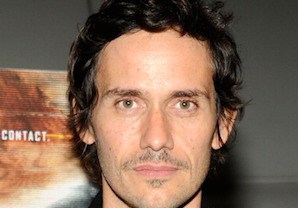 One of Dexter‘s most memorable villains is looking to kill Joan Watson… with kindness.

Haven‘s Christian Camargo — best known for his role as Brian “Ice Truck Killer” Moser on Showtime’s late, occasionally great serial thriller — is set to guest star on Elementary as a past (and possibly future) love of Lucy Liu’s sleuth.

Camargo’s character, Chris, is Joan’s former medical colleague as well as her ex-boyfriend. He reaches out to her for help with a problem — but during the course of their association, old feelings get stirred up. (Rumor has it the two were thisclose to getting married back in the day.)

Look for sparks to fly anew in this season’s seventh episode.